Several medical aids have announced that there will be above-inflation medical aid increases in member contributions for 2015.

Bestmed, one of the largest open medical aid in South Africa, announced an average increase of 8.59% for 2015, and these range from 6,14% to 10,84% in contributions depending on the cover option.

Dries la Grange, Bestmed’s CEO, announced the increase. He stated that open schemes are faced with several challenges. These include the proposed demarcation regulation in the industry. And that is an inflexible regulatory set-up and an urgent need for regulatory reform.

Open scheme Fedhealth says the 2015 increase will be 10.6% is nearly twice the official inflation rate of around 6%. Fedhealth has around 148 000 members.

Also, Momentum Health’s increase will be less at 7.9% but this is still above the inflation rate. Momentum has about 212 000 members. 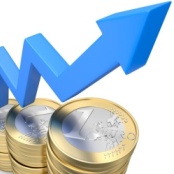 And Universal Healthcare, which administers three medical aids – CompCare Wellness (23 000 members), Building and Construction Medical Aid (12 600 members) and Makoti Medical Scheme (5 300 members) – has announced increases of between 6% and 8,9% for 2015.

Industry experts say that the average percentage increases for all medical aids will be above the inflation rate, mainly due to regulatory uncertainty, ballooning hospital costs and the high fees of specialists.