Way too many women are electing to have their babies by Caesarean section, or C-sections.

Medical aids worry about the abnormally high number of C-sections each year. They say that few of these C-sections are medically necessary.

Medical scheme giant Discovery Health claims that over 70% of all deliveries paid for by Discovery were C-sections. Five years ago the figure was 50%. Bonitas reports the same trend.

In fact, the main reason for Discovery members going to hospital is for C-sections. Then come digestive tract diagnosis, whooping cough and pneumonia.

The WHO (World Health Organisation) advises a maximum of 15 percent C-sections per country. The figure for South Africa is about 70 percent in the private sector and about 18 percent in state hospitals 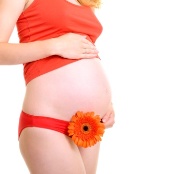 Part of the problem is the fact that in private hospitals a normal birth costs around R26 000 while a C-section is in the region of R30 000. Faced with a choice moms are deciding to have Caesareans.

Another issue is that Caesarean sections are Prescribed Minimum Benefits (PMBs). These appear in the Medical Schemes Act so medical aids must pay for them.

Spokesman for the Board of Healthcare funders, Heidi Kruger said that Caeseareans are “not necessarily safer” than natural childbirth.

She admitted that South Africa’s high incidence of HIV/Aids was also responsible for pushing up the C-section prevalence. She said this should ideally be about 30%.

Kruger said it was a pity that the Health Professions Council had ruled that the method of delivering a baby was the patient’s choice. This applied if it was medically necessary or otherwise.

Jonathan Broomberg, the CEO of Discovery Health, said that apparently convenience was one of the maid reasons for the high number of C-sections in the private space.

“We cannot explain the high number of C-sections on clinical grounds. That is because the numbers are much higher than in public health care where only those deliveries that are clinically necessary are Caesareans.”

“The cost of C-sections has a definite influence on medical aids contributions,” van Dyk added.

Why So Many C-Sections?

The question is whether delivering baby has become a medical procedure or do medics and moms choose C-sections because they are safer? Or is it simply a case of convenience?

Dr Peter de Jong, a gynaecologist and obstetrician at C.B. Memorial Hospital, there are number of reasons for the prevalence of C-sections.

More women are choosing to have the procedure, HIV/Aids plays a role as in natural childbirth there is a risk of the baby becoming infected and also doctors fears litigation for not doing a C-section.

De Jong added that the sheer convenience of having a baby on demand was also a major factor.

Another factor was that doctors are regularly sued for not insisting on a C-section for their patients. De Jong said he had never heard of a doctor being sued for doing a C-section.

There is also the aspect of the beneficial effects of C-sections. Research had suggested that by having a C-section protected women against faecal and urinary incontinence later in life.

Balanced with all of these factors is the fact that in the public sector at least the risk of maternal death is higher in C-sections than in natural births.

Professor Lynette Denny, head of obstetrics and gynaecology at UCT and Groote Schuur, agreed with Pattinson and said while C-sections in state hospitals were usually done for good medical reasons in the interests of mother and child, the private sector was another matter.

Some reasons for high C-section incidences in the private sector were convenience for the doctor and for the mother. Also there was the monetary incentives for the private hospitals. She did not accept that C-sections were necessarily safer. In fact, she said, an unnecessary C-section was 10 times more life-threatening than a natural birth.

Prof Denny went further, saying, “Women are fooled into believing that a Caesarean is quicker, easier and a more healthy procedure than normal vaginal birth. That is untrue.

“In my opinion, unnecessary C-sections are bad practice and an assault on women and their babies. They should be discouraged at all costs. Most women are capable of delivering vaginally and unless medically indicated this is the best way for them to have their babies,” she said.

Professor Gerhard Theron, head of the Department of Gynaecology and Obstetrics at Stellenbosch University, said that as deliveries of babies in private hospitals were still doctor-managed and not nurse-managed, the rate of C-sections was likely to remain high. Theron said doctors did not have the time to tend to a woman in labour all the time.

He added that women should empower themselves to make their own decisions about the birthing procedures and not allow doctors to decide for them. Women could demand to have a normal birth if there was no medical reason for a C-section.