Could National Health Insurance Ever Become a Reality In South Africa?

In December 2015 the South Africa Government released a White Paper proposing a new health system. It proposes a State-run and funded service.  Medical schemes may only fund services that the National Health Insurance will not provide for.

The White Paper does not pinpoint how the national health insurance would be funded but has raised some possible suggestions. 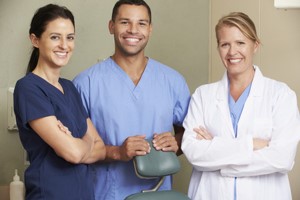 The government has indicated that current employer and state subsidies that are paid to government employees medical aid schemes, would fall away and be utilised for the NHI scheme.

It will affect close to a million employees.

It would also affect medical schemes such as GEMS, Polmed, Pamed, Sawumed and Transmed.

The Competition Commission Health Market Inquiry held meetings in 2016 throughout South Africa to discuss this white paper with interested parties,

Some of the submissions made are of note:

Dr Aaron Motsoaledi stated that government intention was to phase in the national health insurance over 14 years. (This will be in three phases (5ys, 5yrs and finally four years)

He further stated that the principal of allowing medical schemes to fund cover was still open for debate. However, he can see no need for current government employee’s medical aid schemes to exist after the establishment of the NHI.

The commission panel questioned him if there was sufficient funding for existing state medical aids but did not question the minister on levels of funding for NHI.

Cosatu presented a submission. They stated that many of their union members are not part of medical schemes.

Caucus which represents 45 % of the public Service Employees felt strongly not to reduce health benefits. The Government has so far been able to meet other health programme deadlines, this concerns them.

Dr Goolab head of the largest Government Employees Medical Aid told the commission that 60 % of their contributions came from subsidies and 40 % from members themselves.

Another consideration if the government decides to move mobility subsidies away from government schemes is that they may fall foul of their labour laws. It would require negotiation with employees.

In conclusion, it does seem as though there is a possibility that an NHI scheme will one day be instituted its is several years off and is going to involve extensive negotiations with stakeholder.