Government has knives out for hospital plans

The government is planning a new law to ban certain kinds of hospital plans. It wants the new regulations in place by October this year.

This is because the medical aid industry is in a tizzy saying that the growing popularity of these products is affecting the popularity of medical aids, which have to operate under much stricter rules that most hospital insurance plans.

Critics say “hospital plan products undermine the principles of community risk and social solidarity. And these form the basis of medical schemes.”

Insurance companies who offer cheap hospital cover, gap cover and cash back hospital plans are squaring up for a fight against draft regulations as they now stand.

The Unlimited offers cheap hospital insurance. Steph Bester, the CEO, says the company will go to court over the proposed regulations.

He says that hospital plan products do not undermine medical schemes. Bester gave the example of Discovery, which is a non-profit medical scheme, had nonetheless paid out R3,3 billion to its administrators – a for profit company – and still had a R1,5 billion surplus.

Bester says the new law will prevent cash-strapped consumers from having any health cover at all. 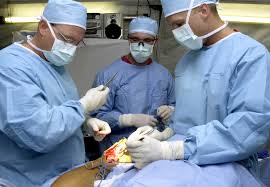 The Unlimited is just one of the firms that offer hospital plan products. Among the plans they offer is primary healthcare insurance, covering GP visits and prescribed medicines. Under the new regulation they will not be able to offer this kind of cover.

Says Bester: “Millions of South Africans cannot afford medical aid. This is the only alternative they have to relying on limited savings and the state health infrastructure.

Just fewer than 20 percent of South Africans belong to a medical aid scheme. There are also millions of people who do not qualify for free government health care. That is because they earn R6 000 or more. If you earn more than that you end up in a state hospital you can rack up huge bills.

The new hospital plan products such as offered by The Unlimited arose to cater for this portion of the market.

An estimated 2,5 million people have hospital cash plans that pay out cash to policy holder, usually only when they have spent three days in hospital.

Gap cover plans pay the “payment gap” where a patient’s medical scheme benefits do not cover all the hospital-related costs.

Insurance companies offer hospital plans. However, medical schemes must by law cover the treatment for over 100 treatments. These are described as prescribed minimum benefits (PMBs).

In addition, medical aids may not refuse anyone membership on the basis of their health status or age.
The medical aids worry that hospital plans are attracting young, healthy people. The blame health insurance for making them leave their expensive medical schemes. This is affecting the financial health of medical schemes.

What the government is planning

The government plans to introduce “demarcation regulations”. These will specify the kinds of permitted health insurance plans in terms of two specific laws: the Medical Schemes Act and the Act governing short-term insurance.

Government also intends to broaden the definition of the “business of a medical aid scheme” in the Financial Services Laws General Amendment Act in support of the new demarcation regulations.

The Treasury, which is the arm of government gunning for hospital plans, says that health insurance plans that are deemed to fall under this definition will become illegal.

Is Medical Aid a Necessary Evil? →
← How I Chose my Medical Aid
Copyright 2021 Medical Plan Advice