After weeks of dithering, the Minister of Health, finally Aaron Motsoaledi, has suspended the controversial CEO and Registrar of the Medical Scheme Council (CMS), Monwabisi Gantsho (pictured here).

Immediately Gantsho was on long leave pending a forensic investigation into allegations that he solicited a R3 million bribe from former Medshield curator, Themba Langa. 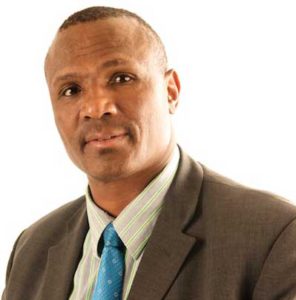 Importantly, the Medical Scheme Council is a statutory body that oversees the R117 billion medical schemes industry. So it is supposed to safeguard the interests of consumers.

And this is not the first time Gantsho has been in financial trouble. Two years ago also the SA Revenue Services made a default judgment against him for R817 000 in unpaid taxes.

Significantly, corporate law firm Edward Nathan Sonnenbergs has been appointed to investigate the tax judgment as well as the bribery allegations.

Then Gantsho put Medshield under curatorship in 2012, accusing Langa of squandering money. Langa resigned and responded with the bribery allegation.

The CMS itself has had a rocky relationship with Gantsho, who continually instituted lawsuits against schemes and their trustees. And this led to exorbitant legal costs, which were of concern to some in the industry.

Bell Dewar’s report stated that Gantsho had appointed friends to manage three medical schemes that were under curatorship, ignoring the advice of teams set up to select the curators.

Humphrey Zokufa, MD of the Board of Healthcare Funders, has come out strongly against Gantsho’s heavy-handed dealings with the industry.