The head of the Council for Medical Schemes (CMS) that regulates the R113 billion medical aid industry, Monwabisi Gantsho, is on leave and running the council from home.

The council itself called for him to take leave but it wants them man suspended. However nothing is happening and Gantsho is threatening to show up at the office again. 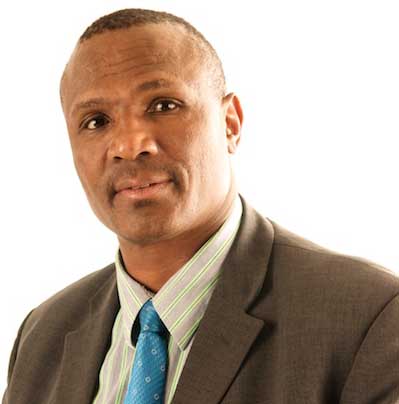 This is despite a promise by the health minister, Aaron Motsoaledi, two weeks ago that he would suspend Gantsho (pictured here).

The man is accused of soliciting a R3 million bribe from the then curator of the Medshield medical aid scheme, lawyer Themba Langa, “to sort out his tax problems”. Langa blew the whistle on Gantsho.

Following the allegations, the council recommended to Motsoaledi that Gantsho, who is the CEO and registrar of the CMS, should be suspended but the minister is dithering and apparently shielding Gantsho.

Gantsho responded to the allegation as “scurrilous”.

Motsoaledi’s spokesman, Joe Maila, said the minister was still making up his mind what to do.

Gantsho is not popular within the council. In 2012, a group of senior managers appointed a legal firm, Bell Dewar, to investigate his activities.

Bell Dewar’s report stated that Gantsho had appointed friends to manage three medical schemes that were under curatorship, ignoring the advice of teams set up to select the curators.

Bell Dewar recommended to Motsoaledi in 2012 that he take disciplinary action against Gantsho. Nothing has been done.

It was reported last week that Humphrey Zokufa, director of the Board of Health Care Funders, also called for Gantsho’s suspension, saying that the Gantsho’s relationship with the board had soured and that the latest allegations meant he should go.

“As the custodian of an industry that collects R113-billion a year from the public, it is of the utmost importance that the regulator should be beyond reproach,” said Zokufa.