There are two components of the health care system in South Africa – the public sector and the private healthcare system.

There are many service providers in the private sector. These include doctors and nurses, hospital and laboratories. It also includes the funding mechanisms of private health services and traditional health practitioners.

A Health Market Inquiry into the private health care sector states that just a few players dominate the market. And these players aren’t playing fair. They’re withholding key information from consumers and leaving them frustrated and disempowered.

From 22 medical schemes open to the public, Discovery Health and Bonitas hold 70% control. Just three medical scheme administrators control the market. These are MMI Holdings, Discovery and Medscheme which have a 70% combined market share. The market for restricted medical aid scheme is dominated by GEMS, otherwise known as Government Employees Medical Scheme, with a 47% market share. 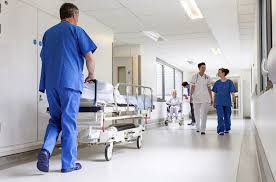 The Competition Commission, after its 4 year investigation into private healthcare, found that new interventions are needed. The reason for this is that the current system isn’t competitive. Some medical aids are making massive profits while their consumers aren’t getting value for their money.

The Commission found that some problems with the current system weren’t necessarily the spiralling costs of medical aid cover. Rather there was too much investment in unnecessarily complex and expensive treatment methods and technology.

Medical aids aren’t these non-profit organizations they claim to be but are making massive profits while consumers aren’t getting what they’re paying for. The Commission also found that the current pricing environment was unregulated and the patient is unaware of the financial impact this has on medical aid cover.

The Competition Commission Report concluded that of all the open medical schemes, two schemes dominate and hold about 70% of the market. The report also concluded that private hospital groups have also been blamed for above inflation increases in expenditure.

The three big private hospital groups have 90% market share. They are Netcare, Mediclinic and Life. With little competition, the environment is such that costs just increase.

Netcare, Mediclinic and Life compete for medical practitioners and then these practitioners refer patients to the 3 hospital groups, and this is what causes an increase in hospital admission rates.

Also, the poor services offered at public hospitals are forcing patients to the private sector, and this too is driving up admission rates for private hospital groups.

After the release of the provisional report, both the public as well as the industry will have an opportunity to comment.  The deadline for commenting is September 7. Thereafter the inquiry will produce a final report on November 30 and this will have final recommendations to the minister of economic development.