The Council for Medical Schemes has cancelled their proposal for low cost medical aid options for the poor. There appears to be a political agenda behind the decision.

The background to the story is as follows:

Everybody in South Africa who has been on a medical aid knows that the costs to be a member these days have risen so much, the thought of opting out is high on the agenda. Legislation and the high cost of medical care has driven the ridiculously high premiums. 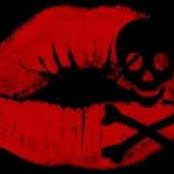 Medical schemes rely on cross-subsidisation of younger, healthier members for older members, but younger people aren’t signing up for medical aids anymore as they can’t afford the high premiums. This is putting the medical schemes industry at risk, but recently the Medical Schemes Council let know of new requirements according to which medical schemes could apply to have new low cost medical aid options registered.

Only about 9 million of South Africa’s 50 million population belong to a private medical scheme. Belonging to a medical scheme is a luxury that most South Africans can’t afford. Even government workers who receive a fee subsidy from the government aren’t on a medical aid. And that’s simply because they can’t afford to even pay for the smaller premiums for the most basic medical aid.

This new low cost medical aid option was to be for people under the age of 65. They must have earned less per annum than the income-tax threshold (around R70 700 right now). Members would be restricted to using network providers so as to lower costs. And there wouldn’t be be any co-payments or deductibles. There would be no late joiner penalties and but waiting periods would apply still.

Members of this low cost scheme would be able to access preventative health checks. These include HIV tests and counselling plus pap smears and blood pressure tests. The big drawcard would be not having to wait days for treatment as at a public clinic. This would have had many health and economic benefits for the nation.

Suddenly the Low-Cost Option No Longer on the Cards

The Council for Medical Scheme announcement to this effect has left a lot of people wondering. People think that this sudden retraction is suspicion. Also there is confusion. People feel the Department of Health who should be making policies. It should not be up to the Council for Medical Schemes to do so. It is beginning to look more like political interference. And all the more so with the local government elections taking place early next year.

The Council approved principles and guidelines for the medical schemes and announced that these options could be effective from January 1 next year. This new low-cost option was to include a mandatory minimum package of services. These would have to be  provided to the members. But suddenly, the introduction of these low cost option seem as thought it isn’t going to happen anymore.

So why has the Council suddenly suspended the introduction of these low-cost benefit options? In a circular, the Council said it had received various submissions but said it needed further analysis. People are just wondering why there was such a flurry to roll out the product when now everything is being done to halt proceedings.

A Stumbling Block for the NHI?

Certainly the timing of the announcement is suspect, especially since it came soon after the ANC announced that the implementation of National Health Insurance (NHI) scheme was to be made a priority. The Council received a call from the Department of Health instructing it to withdraw the low-cost benefit options immediately as they were regarded as a stumbling block on the path to NHI.

The low-cost benefit options may well be a stumbling block and be detrimental to the ANC who are desperately trying to score points before the elections next year. This low-cost medical option is an alternative to dreaded- and almost non existent  state health care, and yet it is being viewed as a ‘ever-present-menace’ to the ANC. The ruling party want to be seen as the party with all the answers, and if they can’t come up with an answer, they will put a spoke in the wheels of anybody who does.