Nobody can know when a tragic event will strike. And we have all experienced times when we have wondered whether actually anyone cares. It isn’t always easy to identify the origin or cause of your feelings. Yes, many people suffering from depression may need medical or psychiatric help in order to heal.

Depression is a mental illness or disorder of the brain which also carries a stigma.  The South African Depression and Anxiety Support Group (SADAG) makes every effort.  Through education they attempt to change the attitudes of people towards mental health. 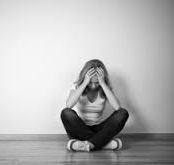 Depression  is a complex illness which causes fatigue, wakefulness, loss of interest, suicidal thoughts, anger and emptiness, and none of us is entirely safeguarded from the illness. It is interesting to know what medical aids are doing about depression. Take into account that South Africa has the 8th highest suicide rate in the world. That’s according to the SA Federation for Mental Health. Some 23 South Africans commit suicide every day as a result of it. With the festive season, these numbers are higher than at any other time. Medical Aids must also know that The World Health Organisation (WHO) estimates that depression will be the second most common disease by 2020, after heart disease.

There are a number of medical schemes in South Africa that cover mental illness. Bonitas Medical Aid for instance has a R20 000 limit for mental health services, and hospitalization is included in this amount.

This seems to be inadequate and the other medical aids don’t offer anything much better. There is often discrimination against patients with mental illness. And there are some medical aids who refuse to cover any hospitalisation because of suicide attempts.

Bankmed offers a Special Care Programme for depression for patients and their families. Discovery Health’s mental health benefit provides in-hospital cover for 21 days per person per year, subject to authorisation. In fact, most schemes pay for 21 days of in-hospital psychiatric treatment.  For conditions such as bipolar mood disorder and major depression for instance, members need to apply for cover from the chronic illness benefit.

Hayley Taylor from Hollard Life says that if you apply for a medical aid in South Africa, they are going to want to know if you’ve been diagnosed with depression. This isn’t to say you won’t be able to get cover, but it is essential that you tell your insurer everything about your depression, as incorrect  information can only make it difficult all round.

When the insurer sums up all the information provided, they may choose to charge you a higher premium or apply what is known as a ‘permanent suicide exclusion’, where they won’t pay out if you take your own life. They may also apply their ‘depression exclusion’ on disability and income benefits. The reason for this is that depression along with associated conditions can make it that you are unable to work.

Suicide is a critical issue in South Africa and SADAG offers a 15-line toll-free counselling and referral centre. They also work with the South African government and medical aid schemes to increase funding for this mental disease which is witnessing a sharp increase.