A leading medical executive has simply reiterated what we all already know and have seen coming for a long time. South Africa is in crisis. The nation is stressed, worried and sick. And it seems that the medical aid industry, at a state of collapse, is contributing to that stress. The health of medical aids is in question

Health of Medical Aids – Politicians Could Care Less about Your Health 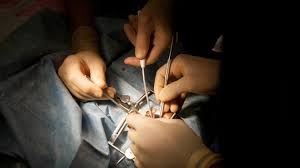 Recently the Minister of Health, Dr Aaron Motsoaledi casually announced that the situation at public hospitals is not yet at crisis point. It is as though politicians see the way things are spiraling downwards, but they seem to care less about it. They don’t seem to have any concerns that public hospitals are so understaffed. So that if you were to arrive there with an emergency, you could die waiting for a doctor.

The promise of health insurance for all seems just to be a ploy to get your vote. Some public hospitals have several patients to one bed. But the president of South Africa is buying a R4 billion jet with a private bedroom suite and bathroom.

The chief executive of the Board of Healthcare Funders, Humphrey Zokufa, claims that medical schemes are at the risk of collapsing and that they are paying out far more than they are collecting each year. He says that some of these schemes are even paying claims from their reserves. Zokufa blamed specialists and private hospitals who were claiming exorbitant amounts from medical aids. He says that private hospitals and specialists have free rein in the country. They charge whatever they please, and this is because their prices aren’t regulated.

Zokufa referred to private health care expenditure in the last 10 years. A big slice of the pie goes to specialists and private hospitals. The other  practitioners had to settle for the remains. Zokufa explained that premiums would automatically go up when schemes paid out more than they collected.

Elsabé Conradie, general manager of stakeholder relations at the Council for Medical Schemes agreed with this, saying that members bore the brunt of hefty annual increases. She claims that the reason medical aid premiums were spiraling out of control is that it is to do with the high prices charged by service providers.

Young, healthy people, the ones who cross-subsidise the old and sick, weren’t joining medical aids either because they can’t afford the high premiums. It is unthinkable that the law in South Africa actually permits doctors and private hospitals to charge whatever they want. Medical aid schemes have put a cap on how much they will pay for procedures. This simply means that it is patients who have to now not only their medical aid premiums, but now they also have to pay for the shortfall themselves. Gap cover seems to them as if they are paying for two medical aids instead of one, and who can afford that? Zokufa explained that these out-of-pocket payments were contributing to the dissatisfaction of members.

Members are very unhappy with the services they are receiving for the huge premiums they are paying. Many people on medical aids are going for treatments that they believe the medical aids will cover.  Later on they have to fork up thousands of rands because the medical scheme only paid a portion. Many people have been blacklisted because they believed their medical aid was paying the bill, when in fact they only paid a small fortune. Many medical aid members have been rudely awakened to the terrible reality that they have to settle these huge debts.

Medical schemes are in a terrible state, with everybody fighting for their slice of the pie, but the sad thing is that there is a tragedy waiting to happen, and it will be the medical aid member who suffers the most.