August, 2015 – Small pharmacies are protesting against a law they feel will further reduce their share of the drugs market. The new rule gives medical schemes the power to refer their members to specific pharmacies. And the owners of small pharmacies feel that only big drug store chains stand to benefit. The new law was to help schemes bring down their costs by helping customers to find cheaper suppliers. But smaller family-owned pharmacies feel this might edge them out of the market. 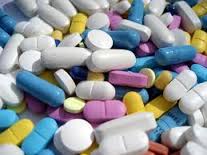 For this reason the Independent Community Pharmacy Association (ICPA) of South Africa has filed a complaint with the Council for Medical Schemes.

Mark Payne, CEO of the association, feels bigger pharmacies, which will most likely end up in the recommended list of most schemes, have been handed an unfair advantage. Medical scheme subscribers who buy drugs from suppliers outside the “preferred list” will have to foot up to 60% of the bill.

Therefore, Payne feels that the law would force the schemes law into offering business to their larger competitors. At the same time it would rob their members of the power of choice. Most importantly, the association foresees the revenue stream from medical schemes by shut off by this development.

The Council for Medical Schemes defended the new rules. It said they were to motivate even small pharmacies to get into agreements with schemes. And the result would be lower prices for members. The financial penalty would give pharmacies an incentive to get on scheme’s “preferred lists” by offering more affordable prices. But scheme members worry about the disappearance of the so-called mom-and-dad pharmacies due to the personal touch they get there. Some people have a long history with their local pharmacy to the extent they are familiar with their medical history and their doctors. With the move towards bigger pharmacies, many South Africans fear they will have to say goodbye to that kind of personal service.