Painkillers are high on the list of medications that medical aids pay for.

Cancer was the next highest condition on the list. Drugs for dealing with pain and side effects of cancer accounted for almost 10% of spending. This percentage also included oncology drugs. These figures came from a sample of one million from the eight million South African medical scheme members.

A pharmacist helped put together the annual report. She said that the number two drugs purchased by medical aid subscribers were combination painkillers. An estimated 500,000 of the one million subscribers used these drugs in the course of the past year. 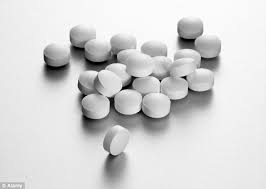 Medical experts are worried by the trend of South Africa’s relying more and more on painkillers, which include codeine, as this could easily cause addiction. The Pharmacy Association of South Africa, through its representative Lorraine Osmon admitted there could be a growing problem. However, she called for a diagnostic code to track the exact use of the painkillers. The combination painkillers often do not contain codeine. Therefore, it would not be fair to treat all usages of painkillers as cases of addiction.

In support of Osmon’s argument, it is so that most people who abused codeine pay for the drug in cash and not via a scheme. The fact that medical schemes usually monitor the usage of codeine and other such drugs among their members would discourage them from purchasing high quantities. Medical schemes also impose limits on how much their members can claim. It would be more accurate to attribute the high consumption of painkillers to the rise in cancer patients.

The increase of drug-related spending can be attributed to increased reliance on speciality cancer drugs. Increased usage of speciality drugs as opposed to generic alternatives contributed significantly to the increased cost of treatment per patient. A pharmacist, Madelein Bester, said speciality drugs could be up to 133% more expensive than generics. Those with expired patents, though still costly, could be only up to 34% more expensive.

Many a time it is the better marketing of these drugs rather than their actual quality that convinces patients to opt for them. Brand awareness, the report noted, was the major factor at play during decision making when buying over the counter.Another contributing factor was the prescriptions issued by doctors. Their preference for originals over generics showed that most of them had less faith in generic drugs.