The Council for Scientific and Industrial Research (CSIR) is providing assistance to the Department of Health, It is helping plan for the launch of a streamlined health data system for providing health information in advance of the roll out of National Health Insurance (NHI).

Minister Aaron Motsoaledi made an announcement confirming this to doctors and medical students at the University of Pretoria recently.

He said the private and public sector were to merge. This needed a strong health information system, he said. That was to allow the NHI to pay for all health care services. Under current arrangements any patient can attend multiple clinics in a single day. They can collect medication without the other clinics knowing, said the Minister. He was addressing trade unionists at a meeting of the South African Medical Association.

He went on to say “We are about to solve that with the CSIR. I know it took us many years, but we are not very far from founding a central health data system,” 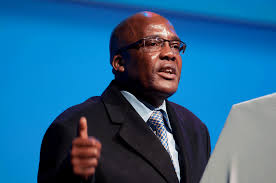 Provincial health professionals have had to use ineffective health data systems with weak and inappropriate information. This makes it almost impossible to track the use of even the most simple health facility. Consequently, financial expenditure is difficult to plan and clinic and hospital funding has to deal with corruption and the abuse of resources.

In Gauteng, the health department has been part of a lengthy dispute with the National Health laboratory looking for millions of Rand in fees they maintain the department owes them but unfortunately it is unable to provide patient records to support the claim. Qedani Mahalngu, Health MEC in Guateng, believes these accounts are for private patients but the bill goes to public facilities. Doctors do this after the patient’s private health insurance has run out.

According to the Minister, his department had been working with CSI for five years to create a new system. At present Dr Motsoaledi could not confirm arrangements to ensure that sufficient GPs were using the new system during the pilot phase. Initially the system captured only 200 of 900 surgeries. The original target was for 900 doctors in 11 NHI districts. Doctors were complaining about the low
rate of pay being offered.

The Minister was unclear as to the reason behind the doctor’s issues. He claimed that they would be the group to benefit most from the new system as the system was focussing on primary healthcare providers. Currently 37 percent of pay outs from medical aid schemes went to private hospitals and a further 23 percent was paid to specialist doctors with GPs only receiving 8 percent. This was, according to Dr Motsoaledi, because patients bypass GPs and go directly to specialist doctors. He went on to say “Under NHI, we are going to demand that referrals must come via GPs. We want you to be the gatekeepers,” and added that the government did not intend to replace one expensive system with another.