Employees are up in arms against companies that force them to belong to specific medical aids . But can companies do this legally?

The chairperson of the National Consumer Forum, Thami Bolani says this should not happen, and one of the country’s major medical aid schemes explains how it can happen – legally.

But can companies force their employees to join specific medical aids? Well, sometimes yes, and sometimes no.

In a recent statement, Genesis Medical Scheme explained that it depends largely on what the framework of employees’ conditions of service say. For instance, if a company has a closed medical scheme, then they may enforce membership of that scheme. That is because it has been set up specifically for employees. 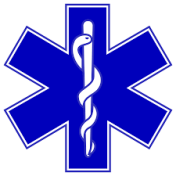 According to Genesis, the same is true if employees are paid are subsidised for a particular medical aid scheme by the company they work for.

So that’s the yes, but what’s the no?

They force employees of a company or smaller business to belong to specific medical aids, says Genesis. It is really just a ploy to make administration of their monthly payroll easier.

Of course it’s different if the company you work for does not pay medical aid contributions on behalf of their employees. If this is the case, then employees have to pay their own contributions. They must either make a direct deposit in cash or by electronic transfer, or with a monthly debit order.

There are numerous Internet forums where employees complain that the companies decide for them which medical aid scheme they can join. Many people say they want the freedom of choice to make their own decision.

Thami Bolani agrees, says employees should be free to choose which medical aid scheme they sign up with. She feels strongly that employees should never be forced to join a so-called preferred medical scheme simply to make administration of payroll easier for the company.