At present, basic PMBs cover 26 chronic diseases as well as emergencies that are life threatening and 270 other medical conditions. Medical schemes must cover these, irrespective of the type of cover or plan members opt for. 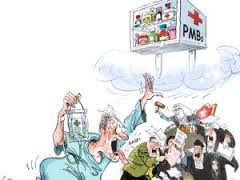 Genesis argues that those who understand the PMB law often buy cheaper medical aid cover, especially those who are young and healthy. The medical scheme claims that only very sick people or those who are ignorant pay for more expensive plan options. Further,  specialists can “manipulate costs” specified to treat conditions and diseases covered in the PMB list.

Christoff Raath confirm this. He stated that some specialists do indeed charge “significantly more” for listed PMBs than for other conditions.

Joint CEO of Insight Actuaries, Raath said it wasn’t illegal for medical doctors and specialists to charge more. However, full cover removes any incentive for them to negotiate prices with medical schemes to lower member costs.

At least one outraged patient group has stated it will challenge the court application. They say that chronically ill patients will lose their medical cover. And they will also be denied life-saving care and treatment if the legislation changes.

Kelly du Plessis, founder of the Rare Diseases Society of SA is also furious. The court application, filed in June 2014, came to the notice of her NGO late, leaving only a couple of weeks to respond to the application.

Even though the Society is not a respondent in the case, Du Plessis says it plans to represent patients because they stand to lose medical cover and protection.

PMBs currently ensure that members of medical schemes have access to quality medical and health care for life-threatening conditions all the time, she said. If PMB cover was capped, this would impact on patients. For example, if treatment for diabetes was capped at R50 000 per year, anything over and above this figure would have to be paid for by the patient.

Recent submissions made to the Competition Commission indicate that although cases of straightforward depression are on the decrease, there has been an increase in the number of claims for condition like bipolar disorder. Medical schemes claim that this is because PMBs do not cover “depression”, but they do cover bipolar disorder.

It is argued that medical aids charge members R518 monthly, on average, just to cover the PMBs. This in turn indicates that membership can’t cost any less that R600 (including any administrative costs).

The principal officer of Genesis, Brian Watson has declined to comment on the matter. However, it is known that the Board of Healthcare Funders, a representative of several medical aids, attempted to have the PMBs “struck down” in 2011. The attempt was unsuccessful, due to a technicality.