Gauteng’s Department of Health has appointed “a company” to collect money from “self-paying patients”. These patients owe close to R700-million to Gauteng hospitals. In addition to these debts, their are more than R2-billion in debts outstanding. No one knows how they intend to try and recover this much larger amount of money.

The department admitted that it is in a state of administrative chaos. Indeed, the Gauteng health department said it would write off most of the debt. This is because many of the debts link to patients who live in informal settlements, and the department acknowledges that they are simply unable to pay their bills. Further, many cannot even provide the public health authorities with valid physical address details.

So Who Owes Most of the Money to Gauteng Hospitals? 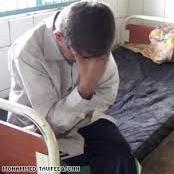 The staggering debt owing to the Gauteng Department of Health is not individual, so-called self-paying patients, but rather government-related bodies. These include the national Departments of Correctional Services, Defence and Justice. Further, it is understood that the department is owed a huge percentage of its debt by the Road Accident Fund.

Medical aid schemes only owe a minimal percentage of the debt to the department. This amounts to an estimated R215.3-million, which is less than a third owed by self-paying patients, and a tiny percentage of what government-related bodies owe.

According to the Gauteng Department of Health, some of the entities that owe it money include:

In addition, the DA has stated that the Gauteng health department has paid out an incredible R276-million in legal claims over the past 24 months. The estimate is that these amount to some 110 claims in all, and most are said to have been for medical negligence.

What the Gauteng Department of Health Has to Say

The Gauteng provincial health spokesman, Prince Hamnca has been quoted as saying that the department has followed debt-management processes in an endeavour to recoup money owed.

“The department has appointed a company to collect outstanding debt from self-paying patients. The patients either pay upfront or, for those who do not have cash, an account is raised and sent.

“In order to obtain verifiable information from patients who do not have required documentation, the department has outsourced to a service provider for patient details verification.”

Could it simply be bad administration?

Certainly there is chaos in public hospital funding, and certainly this is because money owed is not being paid.

The government has proposed a National Health Insurance (NHI) scheme that it believes will help eliminate the so-called “burden of healthcare” costs for poor people and those who are low earners. This, it believes will widen access to better quality care.

In essence, it seems that while there is administrative chaos in public hospitals that could well lead to bankruptcy in Gauteng, the new NIH will simply try to shift revenue generation for healthcare.