Towert used a case study to make her point. 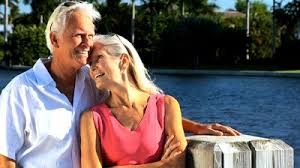 John Smith is the main member, 55 years old and married to a woman of 51. When he retires in 10 years time he will cover his own medical aid contributions.

To be able to prefund for sufficient comprehensive medical cover during retirement at age 55, Smith would need R1.5-million. For medium cover he would need R850 000 and R630 000 for basic cover.

Since few South Africans have the means to invest these types of large amounts for health cover in retirement, the other option would be to make monthly contributions from age 55 to 65. To ensure sufficient comprehensive cover Smith would need to pay R15 200 a month, R8 400 for medium cover and R6 200 for basic cover, she said.
But even this would be impossible for many people in South Africa.

Alternatively, if Smith could invest in a vehicle that provided him with a return of CPI plus six percent (rather than only four percent), he could reduce his monthly payment costs by up to 28 percent over the decade (from age 55 to 65), she explained.

However there were a few steps that people could take to ensure they had sufficient medical care when they retired, she said.

Ways to Provide in Advance for Medical Healthcare in Retirement

Ultimately by retiring at age 70 Smith could reduce the money needed for medium cover medical aid by 19 percent.