The Competition Commission is busy conducting an inquiry into the particularly high costs of private health care in South Africa. The reason for the investigation has come about because different groups and member of the public, including Cosatu, have expressed anger and concern over the exorbitant costs of private medical care incurred when accessing services in the sector.

Private hospitals account for nearly 40% of healthcare expenditure. And private hospital providers are responsible for the exorbitant charges in the sector.

Cosatu Puts Its Oar In

Cosatu have submitted their input on this matter. They believe that the exorbitant prices of the private medical sector are a hindrance to the successful implementation of the National Health Insurance Scheme (NHI). 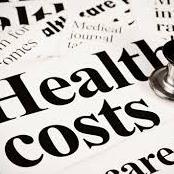 South Africa is rated 118 out of 187 countries on the Human Development Index which isn’t at all good, taking into account the vast sums of money spent on health services. Compared to other middle-income countries, South Africa’s health outcomes are very poor. Cosatu puts this down to the inequality existing in the health sector.

Disparities have racial- as well as class dimensions. A survey also revealed that inequalities have resulted in only about 10% of the African population having medical insurance. About 75% of the White population was on medical aid.

Cosatu says the private health care market is characterized by information asymmetry. This allows health service providers to manipulate the diagnosis process so as to generate additional profits. The result is that people are paying for large amounts for health care services which they don’t use or need.

Cosatu also claims that there is an oversight in the legislation governing access to prescribed minimum benefits. This results in health care providers over-charging people, defeating the intended purpose of legislation.

South Africa has ‘too many’ private hospitals and clinics.  The growing number has been accompanied by bad  trends which have merely served to increase private healthcare costs.

Medical Schemes are also the culprit for contributing to excessive costs in the private sector. For instance there is the expansion of co-payments with reduced health care benefits.  It has become clear that these extra costs are actually financing the exorbitant fees charged by private hospitals and specialists.

There is plenty of evidence to show that private health care prices in South Africa are too
high and Cosatu believe it is interfering with the constitutional rights of South African people to access health care.

Recommendations on how to reduce healthcare costs 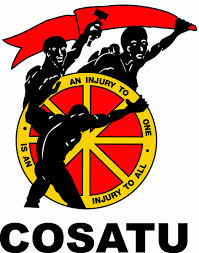 They have come up with some recommendations –

Cosatu believes that the solution to these ridiculously high private health care costs is the full implementation of the National Health Insurance Scheme in combination with a realistic tariff regime set by the Minister of Health.

They say that within the framework of the NHI, the government and people will be able to  build on the current efforts to end  inequalities in the current two-tier health care system, through effective planning and equal distribution of health resources.