NHI – The Danger of Political Promises

South African citizens are holding government accountable for promises made to ensure votes in election years. Proof of this has been the surge in student protests on campuses all around the country. There have also been new demands for government to deliver on its promise of “free education”. The same trouble might happen with free healthcare offered by the ANC.

Initial data from the Heher Report on student funding indicates that this is not feasible under the current fiscal constraints. There were 3,542 violent protests recorded nationally in 2015/16 along with 11,151 peaceful protests. So it is likely that once the findings of the report are made public, it will raise further anger from students.

The promise of “free healthcare for all” is the cornerstone of the published NHI White Paper. What reaction can we expect in if government fails in delivering on this promise? When it comes to healthcare funding, the World Health Organisation (WHO) indicates that Universal Healthcare “does not mean free coverage for all possible health interventions, regardless of the cost, as no country can provide all services free of charge on a sustainable basis”. 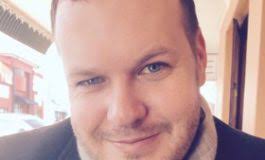 The decision to provide free healthcare for all in South Africa was thus a political one. Significantly, the decision ignored the WHO position and did not take into account the financial implications. It failed to consider the low levels of employment and the small base of tax payers in South Africa. When studying other countries using tax-funded public health systems it becomes obvious that one needs to have higher levels of employment to sustain such a system.

This does not, however, mean that South Africa cannot afford Universal Healthcare (UHC). What it does require is a different, more appropriate funding model. The WHO states further that UHC means that all people receive the health services they need without suffering financial hardship. It states that there should be cover for the  full spectrum of essential, quality health services.

These should include health promotion, prevention and treatment, rehabilitation and palliative care. Obviously, if you are poor, having to pay anything at all will create hardship. The more affluent, however, can afford to pay for healthcare. And they currently choose to do so by making medical scheme contributions.

A single payer NHI system like the one proposed for South Africa currently operates in Canada and Taiwan. Experience shows that even with a much broader tax base, this system proves expensive. Research by the Fraser Institute illustrates that Canada consistently applies 23.9% of personal taxes towards healthcare insurance for individuals.

The healthcare taxes of Canadians are quite progressive, with the lowest earners spending 3.5% of their income on health while the highest earners spend 13.2% of their income. Between 2005 and 2015, the CPI average increase was 1.7%, while healthcare inflation was 4.8% or a 2.8 multiple of the CPI inflation. Discovery Health illustrated at the Health Market Inquiry that their premium inflation is currently 11.4%, where the SA CPI is 6.3%. Healthcare inflation in the South African private sector, which is expensive in the NHI white paper, is only a 1.8 multiple of CPI.

Taiwan has 23 million people on their NHI. The Taiwanese government pays 23.2% of NHI funding and 76.8% of it is funded by individuals and employers. Every service delivered in the Taiwanese NHI has a co-payment ranging between R20 for GPs and R115 for hospitals and specialists. Out-of-pocket expenses in Taiwan amounted to 35.8% of all healthcare spend in the country. Even with these levels of co-payments, the Taiwanese government often must pay for deficits in their NHI funding. Despite this system, the satisfaction rate in Taiwan is 70-80%, which is less than South Africa’s current public health satisfaction levels of 81%.

The rationalisation behind using these two countries as a motivation for South Africa to choose a single payer NHI model is not clear. Canada’s healthcare inflation and costs are much higher than South Africa’s, despite having a single payer system, while in Taiwan, 35.8% of healthcare is provided for by out of pocket payments.

This brings us back to the inherent danger in promising free healthcare to the masses. Failure to deliver this promise in the South African context will lead to protests which could well turn violent. Before any further promises are made, the costing and delivery model of the NHI needs to be finalised. What it will cost and who will ultimately pay for it must be determined before we promise free healthcare to constituents who are making themselves heard and increasingly holding government responsible for the promises it makes.

Dr Johann Serfontein is a senior healthcare consultant at Healthman, which administers 23 provider societies and management groups including the South African Private Practitioners Forum. Due to Healthman’s commitments to the various provider groupings, a thorough analysis of policies such as NHI is required. As policy researcher, this falls in Johann’s domain. Johann has 18 years healthcare industry experience. He obtained a PhD at age 29 and completed his MBA in 2014.

When your back goes out more than you do →
← What is Denis?
Copyright 2022 Medical Plan Advice