Medical aid waiting periods and late-joiner penalties: What. How. Why?

The world of medical schemes in South Africa is a very different one to 25 years ago. There are strict rules and regulations, such as waiting periods, governing the industry. Those regulations are there to protect both the members and the financial sustainability of the scheme. 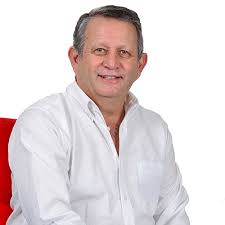 Now is the time of year when medical schemes announce their annual increases and benefit changes.  It means people re-evaluate their existing medical cover and opt for new schemes, new plans or join a medical aid for the first time.  Gerhard Van Emmenis, Principal Officer of Bonitas Medical Fund, discusses some of the important membership rules and regulations.

What are waiting periods?

According to the Medical Schemes Act, medical aid schemes may impose a three month general waiting period. This protects other members of the Fund. It ensures that individuals aren’t able to make large claims shortly after joining and then cancelling their membership.

Unlike other financial products, medical schemes are not-for-profit entities. Regulations ensure they fulfill a social solidarity role. That means that everyone benefits from the dependence individuals have on each other.

There are two types of waiting periods:

When do waiting periods apply?

When do waivers apply?

Do you pay premiums during this period?

You continue to pay your full premium during the waiting period.

Are PMBs covered during the waiting period?

A PMB is a common, life-threatening chronic condition for which cost-effective treatment would sustain and improve the quality of the member’s life. There are 27 PMB conditions. By law, the medical scheme has to cover the diagnosis, treatment and management of these. Waiting periods in this can be confusing.

Van Emmenis explains, ‘Pre-existing conditions are not simple. There are a series of questions which are asked and factors considered when determining when to implement waiting periods. Underwriting is very much based on individual needs. If a potential member is concerned they can request pre-underwriting from Bonitas and engage on a one-on-one basis.’

What is a late-joiner penalty?

The reasoning for this is to ensure fairness (whereby members who have been part of a scheme for years are not subsidising newer members who have contributed to the scheme). In addition, it also ensures that medical schemes cannot deny members who wish to join.

If you are over 35 and haven’t been on a medical aid then – depending on your age – there will be a penalty surcharge between a 25% and up to a 75% loading of your premium.  It is outlined by CMS but at the discretion of the Scheme.

No unfortunately not, once you are paying a loaded premium, it remains in place.

Upgrading from a hospital plan

If someone has been on a hospital plan but decides to move to a medical aid and is over the age of 35, a loading will still apply.

Late-joiner penalties are in place to compensate for potentially increased claims. For example, people join a medical aid scheme when they’re already older or infirm. Theirs can range from 25% of contributions to 75%. These penalties are imposed at the discretion of the medical scheme and apply to all types of medical aid plans, including hospital plans.

Can you move directly from a hospital insurance to medical aid?

Even though hospital plans are now governed by the Medical Schemes Act and not as previously by the Financial Services Board, late-joiner penalties will now apply if you move from a hospital insurance to any form of medical aid (including a hospital plan).

Can a medical aim scheme ever refuse membership to the scheme?

Before 1998 medical aid schemes could refuse membership but this is no longer allowed, although they can now impose waiting periods and late-joiner penalties.

And for immigrants to South Africa?

If you belonged to a private medical aid abroad, the CMS and the scheme will evaluate each individual case, taking into account all the relevant circumstances and any pre-existing conditions.

Can you change your membership any time during the year? And is there a penalty for doing this and/or a waiting period?

Yes you can change at any time (but usually this happens during open period with new contracts coming into place from the beginning of a new year).Waiting periods are not usually imposed unless for pre-existing conditions however, the savings allocated to a plan may be.  Savings apply in advance for 12 months. So, if you leave during the year and have used more than the appropriate portion of savings, you will have to pay this back.

What if you change from one Scheme to another?

A 3-month waiting period will more than likely apply as well as limited PMB cover and late-joiner penalties.

Van Emmenis says you can only be expelled from your medical aid scheme if you are found to have attempted to or defrauded the scheme. ‘You cannot be expelled on the basis that you have a high claim ratio, the Scheme cannot increase your premiums even if you are costing them a lot of money,’ he says. ‘However, non-disclosure or misrepresentation could result in your membership being cancelled and you being excluded from the scheme indefinitely.’

Van Emmenis says, ‘We encourage members to submit all their bills even if they might not be paid as it allows for a full record of medical expenses and you can to assess your medical aid needs going forward.’

In conclusion, Van Emmenis says that he’d encourage people to compare policies across schemes before making a final decision about their medical aid future. ‘Our health is important and it makes sense to do some homework to see what is being offered, whether the plan provides the benefits you and your family needs, what will be paid from risk and the savings allocation and then weigh this up against the monthly premium.’

For more information on the options available from Bonitas you can go the Bonitas website.

Bonitas is the second largest open medical scheme in South Africa. Administered by Medscheme Holdings (Pty) Ltd, Bonitas aims to make quality healthcare accessible to all South Africans and offers a wide range of plans that are simple to understand and easy to use. The Fund has the largest GP network in South Africa, a Specialist Network and a host of supplementary benefits paid from risk and carefully crafted managed care programmes to cover chronic conditions, cancer, diabetes and HIV/AIDS. This allows members to derive real value for money and stretch their benefits as far as possible.