Is the Medical Schemes Act a Crime Against Humanity?

The call for the abolition of Medical Schemes Act (MSA) is increasing. The formation of the MSA is the result of the decline in public health care services.

It acted as a start for the “exodus” from public health to the private sector by the majority of professionals. Calling for the abolition of the Act is the President of the South Africa Health Professionals Council, Dr Kgosi Letlape.

The abolition of Medical schemes act Opens up a New front 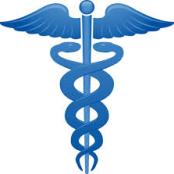 Free access for all to the country’s health services was a right and should not only favour higher income earners. Therefore, he maintains that there cannot be a health system put into place unless it was open to all citizens of the country.

Dr Letlape described health care schemes as “a crime against humanity.” And pointed out that South Africa had a national health care system in place during the apartheid era. In 1967, for example, a patient could undergo a heart transplant operation free of charge. He said at that time:

He has called for the end of the MSA. This will ensure the success of National Health Insurance and the provision of health care for all South Africans.

The Medical Schemes Act was the start of the decline in the public health service. This resulted in the loss of thousands of professionals.

It damaged the public health service that suffered a mounting lack of staff. This, in turn, placed pressure on the Government to maintain hospitals and clinics.

Affordable Quality Health Care is the Goal for 2017 →
← You Need a Medical Aid Plan Now, Not in the Future!
Copyright 2020 Medical Plan Advice