Quality, free healthcare is a luxury many South Africans can’t afford. But in 2010, the government decided to take action and proposed a National Health Insurance (NHI) for all its citizens. Here is more on the proposed national health insurance.

At the launch of the NHI White Paper in December 2015. Health Minister, Aaron Motsoaledi, said the NHI was extremely impactful and complex. Adding its introduction was an ultra-marathon, not a sprint.

Where is the proposed National Health Insurance currently at?

After the Department of Health had published the National Health Insurance White Paper. Interested parties had until 31 May last year to make their submissions.

According to the NHI website, Nhisa, there is no Public Forum in which South Africans can access submissions made last year, nor to debate the proposed NHI.

In October 2016, the Department of Health said it would invest R17 billion over the next three years into upgrading the country’s public clinics to workable levels. It’s in line with a broader preparation for introducing the NHI.

How does the proposed national health insurance differ from private medical aid? 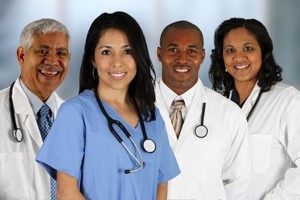 Currently, all South African citizens have access to public health services but aren’t paying any mandatory fees for these services. Public healthcare gets its funds by revenue from the government in the form of tax.

Those who don’t want to make use of public services have the option of paying for a private medical aid.

The implementation of the NHI will see higher income citizens paying a mandatory fee for the NHI, whether they want to make use of the NHI or not. It is still unclear who will get the NHI tax.

How will the proposed national health insurance work and be implemented?

The NHI will be in three phases.

At the start, central hospitals must provide special services to all citizens, under the control of central government.

In the second phase, all those who qualify for NHI will get NHI cards. While in the third phase, working people will start making mandatory payments and private sector providers such as hospitals and specialists to provide services.

A transitional fund is set up to buy primary health care services from non-specialist public and private providers.

The health minister said no one can walk into a specialists’ office, adding patients will start at the bottom, which is why they need to improve the bottom first.

What if I’m happy with my private medical aid?

What do the experts have to say about the proposed national health insurance?

Some experts in the field slammed the high price of private medical care, calling for better regulation of healthcare pricing.

The NHI policy document noted private hospital costs increased by 121%, while specialist costs rose by 120% in the past ten years.

He said there needs to be a massive reorganisation of both public and private healthcare.

KgosiLetlape, the Health Professions Council of SA president, wants to scrap medical schemes. Adding the NHI could not coexist with medical schemes. He went as far as calling private healthcare a crime against humanity for excluding the poor and causing a brain drain from the public sector.

Who will pay for the NHI?

Higher income earners and employers must make a payment towards the NHI. But Finance Minister, Pravin Gordhan, and Health Minister, Aaron Motsoaledi, could not confirm at what income threshold the tax would kick in.

The details of the funding are still in progress, while the details about how much extra tax, and by whom, is not sure yet.

How will the NHI affect private medical aid schemes?

It’s important to note the NHI will only provide basic health services.

Non-essential services will not be provided. In an example used, Motsoaledi said even though the plan will provide basic optometry services. There will be strict criteria regarding what kinds of frames members on the NHI plan will receive.

It’s currently difficult to forecast what the effects will be because of the structure of the NHI. And the potential role of each of these players has not been clarified as yet.