Medical specialists in South Africa are charging as much as 300% more than amounts than medical schemes will cover.

The reason that specialists can charge so much is that there is a chronic shortage of specialists in the country.

Medical specialists have fled South Africa in the past twenty years due to the collapse of the health system, crime and corruption, and the weakening health system.

Those that are left cannot keep up with the demand for their services. They can charge what they like. And they certainly do. Why should they not?

Whenever the government talks about limiting the prices they may charge, more specialists emigrate to America, Australia, the UK and elsewhere. And who can blame them?

But that leaves us with a problem. 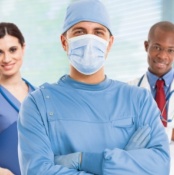 The Board of Healthcare Funders (BHF), which includes the medical aid industry, has added fuel to the problem.

In its submission to the Competition Commission’s inquiry into the private health industry, the BHF said specialists’ fees were outstripping the maximum amounts that medical schemes were prepared to pay for their services.

The BHF also accused some specialists of charging twice for the same procedure.

Well, why shouldn’t they if their skills are scarce and they studied for over a decade to get their qualifications?

The BHF also argued that Netcare, Life and Medi-Clinic – South Africa’s three biggest private health groups – dominated the market so much that there was effectively no competition in the sector.

This led to inflated hospitalisation prices, the BHF said.

“One hospital group threatened a medical fund with a double-digit price increase unless the fund designated the hospital group as its preferred service provider,” BHF said in its submission.

The BHF’s whinging is not helping at all.

But that leaves patients in a difficult position.

So sign up for medical aid or health insurance.