The Rules on Gap Cover are Changing

Gap cover means you don’t have to look for large sums of money to pay for huge medical bills. Yes, there are certain costs your medical aid won’t pay. For just a small amount each month, gap cover ensures you’re never left out of pocket. Here we will look at the new rules on gap cover.

Now, the rules on gap cover are changing, and recently Bruce Whitefield from The Money Show chatted to Paresh Prema at the Council for Medical Schemes, to find out more.

A World of Benefits Await – Rules on Gap Cover 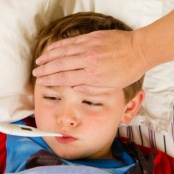 Only people who belong to a registered medical aid can buy gap cover. Paresh Prema also explained that gap cover pays for a lot more now, and this is thanks to new rules on gap cover. He said that gap insurance now also covers certain cancers that basic medical aids don’t.

Another way that South Africans will benefit from with the new rules is that many gap cover providers prevented people from over the age of 60 and 65 from applying for gap cover.

Paresh Prema explained to Bruce Whitfield that now gap cover will be available to any members who are over the age of 65. It now means that many more people can benefit, and especially seniors.

It’s because the Government has implemented new legislation in 2017 which it believes will bring added benefits to those who make use of medical gap cover. These changes brought about by the government in its efforts to decrease harm caused to medical scheme aids.

One of the changes we will see is payout limits  – gap cover policies may only pay amounts out up to R150 000 for each client each year. This cap is a good thing.

The reason for this is that medical specialist who are unregulated in South Africa, charge higher rates that the medical aid tariff guide because. They know that a patient’s gap cover will simply fork out for the amount that the medical aid scheme won’t cover beyond this sum.

The cap on gap cover will increase by Consumer Price Index (CPI) each year.

Paresh Prema told Bruce Whitfield that many people don’t welcome change – they see change as an inconvenience, but that in the long run, these changes can be beneficial.

Large medical schemes have announced contribution increases of more than 10% for 2017, despite a circular requesting them to keep in mind that above-inflation increases just add to the woes of cash-strapped South Africans.

South Africans who have medical aid can be grateful that gap cover has met with favour with the powers that be.