It’s true that registered medical aid schemes in South Africa are non-profit. But they have to pay managers to run them. These managers are earning enormous salaries and are stripping medical aids. They are oveseen by medical aid trustees, who also receive huge payments.

The Council for Medical Schemes has called on medical aid members to demand that their medical aids scrutinise this situations. “It’s you money. You have to take responsibility for it,” admonished the Council’s compliance and investigations unit head Stephen Mmatli.

He was speaking at the public reception during which the Council released its 2013-14 annual report.

How they are stripping medical aids

The top earners among medical aid managers in 2013 were 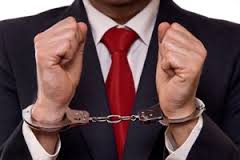 The 14 trustees on the board of GEMS (the Government Employees Medical Scheme) were the most highly paid medical aid trustees, getting R568 000 each. Trustees of Fedhealth and Bonitas did not too badly either, earning an average of R309 000 and R373 000.

Streak of Discovery defended his income, saying the total payments to principal officer and trustees were just 0.02% of total contributions by members. “In our view, this cost ensures excellent governance and management,” said Streak.

He pointed out that if Discovery were to pay a salary below market levels, it would not be able to attract a principal officer with the right skills and experience to conduct the job at the level required.”

Although consumers are more aware of consumer affairs and even activism, none of it has to do with medical aids. Significantly, the annual general meetings held by medical schemes usually attract few members and the meetings last a few minutes without members saying much.

What you can do