After many years of consultation, last year in December,  Treasury announced final demarcation regulations, ending the uncertainty about the future of gap cover. Here we will look at new rules to keep gap cover intact.

Pravin Gordhan, the finance minister, as well as health minister, Aaron Motsoaledi have no issued the final demarcation regulations under the short- and long-term Insurance Acts.

The issue is about making sure there is a distinct different between medical scheme products and health insurance. 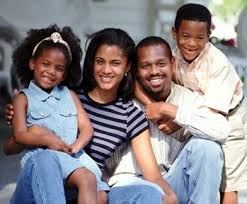 Gap cover, which covers clients for shortfalls and co-payments, will continue to exist. But now as from 1 April, 2017 strict regulations will be in place with regards to the amount that they payments can be.

Gap cover policies will now limit to a payout of R150 000 for each client and each year. Before this, medical gap cover was unlimited.

Motsoaledi has always criticised gap cover policies, saying that they just allow doctors to charge what they like. There was a time when gap cover was all but scrapped, but it has survived out of sheer necessity.
Now new regulations will be outlawing primary health care policies. The high cost of medical scheme membership is a deterrent to many, and also that the new budget benefit options will cover this gap.

Paresh Prema, Council for Medical Scheme’s general manager, says that even with medical gap cover, medical aid members should be proactive. If a surgeon recommends an elective procedure, do research first. Before you get authorisation, first find out from your medical scheme how much of the cost they will cover.

It is important as the National Treasury has introduced new medical scheme regulations which will see a limit on the amount of gap cover you can claim.

There is also an effort to ensure there is a difference between medical scheme products and health insurance. The regulations will come into effect in April 2017. And will stipulate that gap cover policies will limit to a payout of R150,000.

All these changes are in place to essentially prevent doctors from charging high tariffs.

Treasury has now at last gazetted final demarcation regulations on the future of gap cover as well as hospital cash plans.

Pravin Gordhan and Aaron Motsoaledi published the final demarcation regulations. Everyone with a medical aid is only too happy that gap cover will continue to exist. But now just with strict regulations.

Please complete the form on this page to get a  medical aid quote. Don’t forget to click to submit the completed form.