Medical Aid is a Crime against Humanity

More Pressing Issues Not being Addressed – Crime against Humanity

The disappointment at these comments of Letlape, and Melanie da Costa chairing the meeting said in a statement that he had honed in on a single sector while in fact, the whole health care system faced enormous challenges. 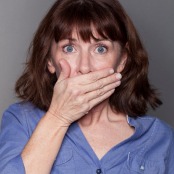 Da Costa went on to say that in South Africa, there are only 60 doctors for every 100 000 people. Which is shocking when you consider that the world average is 152 for 100 000. She said that this one issue affects the entire health care system and it made one wonder if the healthcare was able to function well.
She went on to say that targeting one sector that was providing vital medical cover to millions of South Africans wasn’t very helpful. Especially as there are other far more pressing challenges such as the lack of infrastructure and the dire shortage of medical specialists.

She couldn’t see the point of debating about whether medical aids were a crime against humanity. Adding that the real debate was about why we aren’t allowing private medical schools to contribute to solving the doctor shortage problem.

Da Costa further added that across Africa, there was one medical school per  4.9 million. In America, the ratio is one school per 1.2million. In Europe one per 1.8 million and Asia, it is one per 3.5million. She said that in addressing the healthcare challenges, the sustainable solution is more doctors. More doctors and more public beds meant that they could treat more people and ultimately this would lead to access to better health care.

Da Costa reiterated that it wouldn’t help at all to become embroiled in ridiculous debates about medical aids being a crime against humanity.

Letlape added that he believed that with a national health system. It would be possible to provide universal health care for all and to do away with private medical aids. He said that roughly 3000 to 4000 doctors were working on medical schemes. And that if these schemes were abolished, they could be used in the health system.

The deputy director of the Foundation for Human Rights, Dr Hanif Vally, said that medical aid was creating a divide. As 50% of the country’s doctors and specialists served around 18% of the country’s citizens. It meant that inequalities were getting worse.

NHI is a massive re-organisation of the public and private health-care system. And also the provision of a universal health care system for all South African citizens is critical.

Complete the form on this page to get a FREE medical aid quote.