Healthcare System Sucking the Blood Out of our Medical Care

Laeticia Rispel is head of the Wits School of Public Health. According to her and others, South Africais healthcare system is very ill. According to them, this is as a result of irregular spending. Put another way, the system to be sick with corruption.

Healthcare System – The Figures speak for Themselves

Reports from the auditor-general state that there have been irregularities between years 2009 and 2013 in provincial health expenditure. Six percent of this expenditure was irregular in 2012 and 2013. This was double the 3% of corrupted health care spend in the US. One-third of health care spend in the Northern Cape estimated at R1-billion was irregular in 2012-2013. Seven out of our nine provinces, in 2004 and 2005, received unqualified audits. . 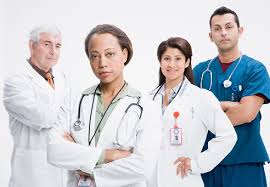 Researchers do say, however, that we should not just assume that all the irregularities in spending are as a result of corruption. They say it is also indicative of non-compliance with regulations. One trade unionist said to these researchers that there is no distinction between management and politicians. If you are a strong manager you are deeply unpopular. If you want to keep your job you become corrupt yourself.’

Healthcare System – All talk and No Action

There are plenty of health department employees who have claimed to have feelings of ‘disempowerment’ when interviewed. And they claim to be ineffective when it came to trying to act against corrupt health workers. From one state hospital in the country, the CEO, when asked, has stated that attitudes are appalling, and people know that they can simply  get away with it.

Authors of the report from Wits, as mentioned above, have written that turning the situation around requires leaders who have sufficient authority to take action against corruption. They went on to say that the private health care system was also just as corrupt, with the suppliers just as involved in fraud.

Researchers conclude that only political will can target this corruption, stating that without it, the national health insurance system would not be possible. And if that was not possible, then good health care for all the citizens of South Africa would therefore not be possible as well.

Strategies in place need to ensure that public servants have rights to ethos, skills and values. Their interests need to be aligned with good organisational goals. Corruption needs to be detected with the appropriate systems in place. Experience is showing that civil society groups who monitor finances, are playing important roles in combatting the corruption. If an end is not found to the ongoing corruption, South Africa’s health system will die a slow death.

Instead of political posturing, long-lasting answers need to be provided. South Africa needs to be lifted out of its healthcare miseries before it reaches critical proportions where people are denied healthcare simply because there is no medication.