Medical Aid Schemes not Forthcoming with Depression and Related Meds

Depression at home is terrible. But for the employer, a depressed, gloomy and overly emotional employee is of little use to them. It might call for depression medication.

It is mind boggling therefore to realise that depression affects more than 9.7% of the South African population. Of course, this large number has a negative effect on the economy.

Depression can have an internal cause such as an underlying biochemical imbalance. Or it can be a reaction to life’s circumstances. Sometimes the treatment is depression medication but therapy can be appropriate. 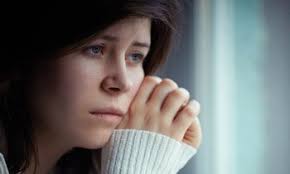 We all know that mental illness carries a stigma and there are even some medical experts who say that psychiatric illnesses aren’t considered a general medical condition. Therefore they don’t qualify for depression medication.

Medical aids in South Africa do provide cover for mental illness. However, there some that want the patient to provide 50% of the costs upfront for psychiatric hospitalization before they agree to cover any costs.

Look at Nsovo Mthombeni. He had a panic attack at work and had to spend 3 days in a psychiatric hospital. A specialist diagnosed depression and anxiety. The psychiatrist prescribed a some medications. These helped him cope but which were expensive and which he couldn’t afford to continue buying.

He says it costs about R1 500 every month for his medication. Mthombeni’s psychiatrist has applied twice at his medical aid to at least cover some of his chronic medication. But the medical aid rejected the claim both times. The medical aid telling him to rather move to a higher plan if he wants to enjoy such benefits as having medication for depression covered.

Depression Isn’t a PMB – So no Depression Medication

Mthombeni says he already pays R1200 each month for medical aid and that he can’t afford to pay more.

Clinical psychologist, Allan Sweidan, reckons that Mthombeni would have had better luck if he has bipolar or schizophrenia. These are the only two chronic mental health illnesses which you’ll find under he prescribed minimum benefits (PMBs).

Many South Africans are suffering from depression and they rely on expensive medication to function properly. But medical aids do not often cover these. If a person has used up their 3 weeks of in-patient treatment, your medical scheme isn’t going to fund you for more.

Find out First What Cover You Have

You can research all the web pages of medical schemes and you will still be unclear what the schemes will or won’t pay for depression, bipolar or schizophrenia. The best thing is to contact your scheme to find out precisely what it is they’ll cover.

People with mental illnesses such as depression still face discrimination today in business and by   some of the medical schemes they sign up with. These medical schemes aren’t obligated to reimburse patients for depression-related medications because they aren’t included in the list of prescribed minimum benefits for chronic medications.