NHI Scheme: Reasons you should be concerned

Health Minister Aaron Motsoaledi announced the NHI Bill. He detailed a health financing system designed to pool funds to provide access to affordable health care. But according to Solidarity Research Institute researcher, Morne Malan, the economy isn’t growing fast enough to fund the proposal. He said pilot projects had all failed so far.

Like the Toll Roads, the NHI scheme also Likely to Fail?

Morne went on to say that South Africa was experiencing serious shortages in the number of health practitioners. He said taxpayers and would suffer further losses if the NHI scheme came about. Research has 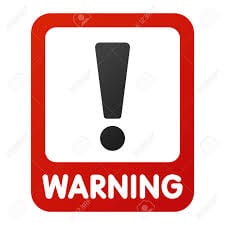 also found that more than 80% of experts in the healthcare industry don’t believe the NHI scheme is going to work and that  leaving the country seems like a better alternative.

Supporters of the proposed new health legislation say they believe that opposition to the NHI scheme is suspect. They say the private healthcare sector and pharmaceutical companies benefiting from huge health costs are influencing the process. Only a tiny percentage of South Africans could afford the costs of private health care.

We spoke to a senior researcher at the Solidarity Research Institute, Nicolien Welthagen. She says this researchreveals the feelings of skilled practitioners looking at the proposed NHI. Practitioners don’t believe they were adequately consulted on government’s plans to implement the NHI. They compare it with the toll roads in Gauteng, where the government consulted no-one.

Health Minister Dr Aaron Motsoaledi is unperturbed about what practitioners have to say. He says the roll-out of government’s NHI plan is going ahead regardless. Solidarity Research Institute in hearing this, has highlighted some of the concerns they have –

The NHI i headed to becoming the largest state institution in the history of South Africa, and looking at the state’s track record of bribery and corruption in high places as well as mismanagement at state-owned companies, this is concern number one.

Costs linked to the NHI scheme, according to Solidarity, have been understated, and Motsoaledi has admitted that estimates with just guesswork. The group has actually estimated that by 2025, R369 billion in extra tax would need to be collected to cover the NHI, and then another R156 billion would be needed each year.

While the state will be the sole purchaser, nobody knows who would manage the assets and medication.

There are many other concerns such as the mismanagement of public hospitals, how the 33,000 private healthcare bodies will be accredited by 2025 and  who will maintain infrastructure and equipment especially when there are no incentives.

There is grave concern surrounding the NHI scheme. Health is everything, but our Health Minister, in insisting that NHI go ahead, might just as well be giving South Africa its euthanasia injection.

You need to be on a medical scheme! Go here to request a comparative medical aid quote