The Real Dangers of Extreme Sports

There has been a significant increase in heart attacks and strokes among people who participate in increasingly popular extreme sports. And these include marathons and triathlons. This highlights the importance of proper training and preparation. That includes rest time, as well as knowing the difference between these two cardiac events in case of an emergency. Dangers of extreme sports are a real issue.

This is according to Graham Anderson, CEO and Principal Officer at Profmed, who says, “While the signs of a heart attack are similar to those of a stroke, both types of incident can be fatal, as they attack two of the main organs in the body. Extreme sporting activity can put strain on cardiovascular functions and this can cause a heart attack.” 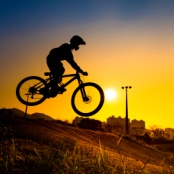 Anderson says that knowing the signs and symptoms of both a heart attack and a stroke can prevent these events. According to the Heart and Stroke Foundation of South Africa, which plays a leading role in the fight against preventable heart disease and stroke, 10 people will suffer a stroke and five people will have a heart attack every hour in South Africa.

A heart attack occurs when blood flow to a part of the heart is blocked, usually by a blood clot. Without oxygenated blood, the heart muscle begins to die. A stroke is a brain attack, cutting off vital blood flow and oxygen to the brain. A stroke occurs when a blood vessel feeding the brain gets clogged or bursts. Some symptoms include chest pain, numbness of limbs, dizziness and severe pain in the head. Victims also experience with with vision, balance and speech. Anderson says that when one feels any of these symptoms they should seek medical attention as soon as possible.

Anderson concludes, “When people decide to take part in various extreme or strenuous sporting activities they should have trained adequately for the event. It’s also advisable to consult their GP to ensure that their vital signs are at stable/normal levels. Also they should be able to take the strain of the necessary training.

“It is also imperative that individuals give their hearts and bodies sufficient recovery time between extreme sporting events so as not to overstrain the heart by not giving it ample recovery time. Exercising and keeping fit are crucial elements of staying healthy, but people need to be aware that over-exerting themselves during exercise and sports activities can also have detrimental – or even fatal – effects.”