The South African Advertising Research Foundation recently conducted a survey. It found that the proportion of blacks in the country’s population who are classified in the top category of living standards (LSM 10) rose by almost 40% between 2004 and 2014. Clearly, more and more black are crossing over into the upper middle class every year. Yet for all their newly acquired wealth and rise in incomes, the uptake in health insurance and medical aid in this section of the population is still very low. Growth in medical scheme subscribers among the black community (including Asians and coloured folk) rose only by 3% over the past decade to 12.4%. By contrast, 77% of the white community is now under medical cover. 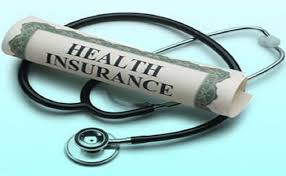 This lead researchers to question why uptake of insurance was so low despite the radical increase in disposable income. The most prominent of the factors was the expense. The Council of Medical Schemes has been wracking its brains looking for ways to bring this cost down and encourage more South Africans to take up medical insurance. One of the key hindrances to the affordability of medical aid was the prescribed minimum benefits or PMBs. And this is why the council is taking another look at proposals of low-cost schemes. These schemes would not have to pay for PMBs.  Bottom line: fully blown health insurance by way of medical schemes is just too expensive.

Why Health Insurance from Medical Aids is Expensive

The reasoning behind including payment for PMBs in medical schemes is clear and understandable. Members suffering from cancer and other chronic conditions should be allowed to benefit from their policies. But the net effect is that medical aid policies become hopelessly inaccessible to many South Africans because of the cost. Amendment of the Medical Schemes Act will allow medical aid providers to begin tailoring products for lower income groups and as more schemes begin targeting this section of the market, prices will inevitably drop. Millions of South Africans stand to potentially gain from such a move; it is something that has been witnessed in the life assurance sector after regulatory restrictions were removed.

This uptake in services by the growing South African black middle-class has also been witnessed in the education sector. Enrolment went up significantly after manyh independent providers stepped in to bridge the gap between private schools and public schools. A survey has put the number of these schools, some run by companies, others by non-profit organisations, at 3,500. These are not the only economic sectors where private sector intervention has lead to accessibility among lower income groups.

Look at how the mobile telephone has become a fixture in practically household in the country. In just the past 14 years the percentage of homes with mobile phones has risen from just 18% to 96%. This is all thanks to providers stepping in to offer a low-cost solution, putting cheaper phones in the hands of black families. But there is only so much the private sector can do. There is a role the government must play in bringing goods and services closer to all sub-sectors of its population. They must first and foremost come up with ways of reducing unemployment.