Tax Credits and the NHI – What Will Happen to Medical Aids in SA?

Do Tax credits and the NHI leave the Future of Medical Schemes in Jeopardy?

Those who pay a fortune on their medical aids are up in arms about the ending of tax credits. And they have good reason. The ANC has scrapped the tax rebates on medical aids. The money is rather to be used to fund the National Health Insurance (NHI) which will be compulsory for all South African citizens.

All Monies Headed in the Direction of the NHI? 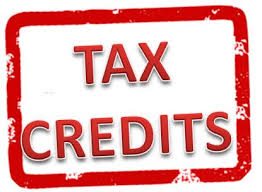 Some R22bn is paid back to tax payers each year but now the health minister, Aaron Motsoaledi is wanting the money to be used for the NHI. This is in response to former finance minister, Pravin Gordhan’s February 2016 budget speech. He said the government is looking to set up an NHI Fund.

The minister said that the first step towards implementation of the NHI is to help all those outside of registered medical aids. The idea is to provide them with services through the NHI Fund. The R20 billion saving on tax credits will go some way to covering the NHI bill.

Minister Motsoaledi said that of the 3.2 million school kids screened, the NHI would help them with speech, hearing and eyesight problems. The minister also said that the NHI Fund will provide free antenatal care to the more than 1.2 million women falling pregnant and that they would be provided with family planning too.

The minister also said that through the fund, the department would be providing better services for mental health. The elderly too, would receive devices such as hearing aids, spectacles and wheelchairs.

Everybody to have the same Medical Cover

Motsoaledi said the R20bn tax credits were unfair. He says that the NHI was a good idea as pooled funds would allow every South African and not just a few to have access to good quality healthcare.

While the collection of funds would work in a similar way to a medical aid scheme, there were differences between pooling funds for NHI and that of medical aid. All people would have the same medical cover, regardless of their socio-economic status.

As to who would foot the bill, Motsoaledi said that Treasury would come up with a system, but that the funds would come from tax. Everyone is going to contribute towards NHI. Once Parliament passes the NHI Act, amendments to the Healthcare Act will have to follow.

Health minister Aaron Motsoaledi seems bent on ensuring that the NHI be a replacement for medical aids, with tax credit funds helping to fund it and medical schemes disappearing.

Reason for Concern About Tax Credits

Are you concerned as a medical aid member? Does the outlawing of tax credits against medical aid premiums affect you? Would you prefer a payroll tax payable by you as an employer or employee as well as a surcharge on individual taxable income?

Legislation isn’t clear yet on the road ahead for medical aids under the NHI. However, looking at the way South Africa is headed, as a medical aid member there is cause for concern.

What About Higher Medical Aid Premiums for 2018? →
← What is a closed medical scheme – such as Polmed?
Copyright 2022 Medical Plan Advice