The saga of Monwabisi Gantsho, the Council for Medical Schemes (CMS) registrar continues. The Department of Health had suspended him.

Now it seems that Nazeer Cassim, Head of the CMS Commission of Inquiry, is looking at a settlement with Gantsho.

This case is just one public service institution that is under scrutiny in South Africa. The council is a Constitutional body. It should protect the rights of medical scheme subscribers.

Last April, the Minister of Health Aaron Motsoaledi suspended Gantsho on charges of attempting to obtain a bribe. A curator who used to work with Medshield leveled the charges against Gantsho. But this was not the full scope of Gantsho’s concerns. Also SARS brought a R817,000 tax case against him three years ago.

Edward Nathan Sonnenbergs (ENS), a law firm, had the task of investigating the registrar during his suspension. Gantsho on his part countered the curator’s accusations by accusing him of favoring his own law firm when awarding business during his tenure at Medshield. 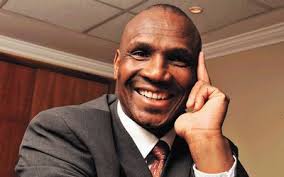 Meanwhile ENS have finished their forensic investigations and have submitted their findings in a report to the Council for Medical Schemes. The chairman of the council, Yusuf Veriava, has however not released the contents of the report to the public. He says this might interfere with the disciplinary inquiry into Dr. Gantsho.

Veriava, speaking to the parliament on the matter, neglected to mention that the disciplinary inquiry’s investigations ended on May 9th. Though the contents of the inquiry are not public,  (Gantsho’s lawyer and the council) has a copy of the inquiry’s ruling.

The two sides have highlighted the parts of the ruling that favor them but the final recommendation by Cassim was evidently that the two parties should settle. He is in essence suggesting that since Gantsho is nearing the end of his term as CMS registrar, it would make no sense to continue with the inquiry, according to Lelethu Mbangi, Gantsho’s lawyer. Mbangi also intimated that he was in talks with CMS to sever its ties with his client on amicable terms at the end of June.

A spokeswoman for the council hinted that CMS had agreed with the decision but also that it would continue with the May 9th hearing if a settlement was not reached. But Dr. Gantsho expressed dissatisfaction with the manner in which ENS carried out their investigations, terming it “seriously flawed”.

He said that the terms of reference of the investigation and the forensic report were neither public nor did his legal team have it. Gantsho also questioned his being singled out for investigation while the rest of CMS’s top brass were left untouched. For the inquiry to be free of bias and not a witch-hunt, he said that all internal CMS departments should have been looked into as well.