The child of a Johannesburg resident suffers from a rare condition called the Pompe Disease. This hereditary illness  inhibits the breakdown of glycogen leading to a dangerous buildup in the body. The diagnosis of the ailment came in 2010 when he was a year old. The only way it can be treated is by administering Myozyme. This is a drug which was until then unavailable in South Africa. There was a dramatic change in the boy’s condition soon as the needed enzyme was administered. Once unable to breastfeed, he was walking in no time.

It was a struggle for the child’s family to have their medical aid provider, Discovery, pay for the drug. Discovery said their medical scheme benefits did not include the drug. However, after protesting vehemently, even camping out at Discovery’s offices, the insurer finally agreed to do so. The family now is fighting to raise awareness on how difficult it is to get medical schemes to pay for treatment of rare diseases. Certainly one can understand the concerns of premium-paying policyholders. And yet you can sympathise with medical aid schemes that have to foot the humongous cost of these drugs. 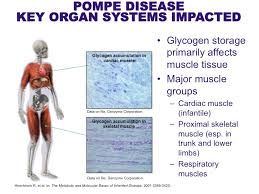 Discovery is one of the few schemes that funds these costly medicines, but insists that they cannot do so sustainably. They feel that medical insurance legislation needs to be revised to create a win-win for both them and their customers.

Presently the power to set drug prices rests with the government. This renders Discovery and other medical schemes unable to enter into risk sharing agreements to help negotiate discounted prices. This is why Discovery Health, in a recent medicines conference, called on the country’s leadership to change existing laws to pave way for lower drug costs.

Legislation to address the fact that only bigger schemes of Discovery’s ilk are taking on drugs for rare diseases would be welcome. The risk involved in meeting the cost of these drugs needs to be distributed more equitably. As it stands, while financing these drugs, Discovery and other such companies are spending more of their pool of funds on a smaller chunk of their subscribers. Ordinarily, medical schemes live with the fact that 20% of their customers benefit more than they contribute. But now they have to deal with the 1.3% of their clients who rely on high-cost drugs whose claims can amount to hundreds of times more than those of ordinary subscribers. 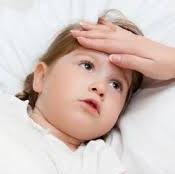 What is raising jitters in Discovery and its counterparts is the escalating cost of Myozyme and other cancer-treating drugs on which clients are becoming more and more dependent. Medical aid benefits are under stress, they say.

The medical cover provider spent 355 million Rand more than it had anticipated, eating deeper into its margin. While Discovery aims to support the needs of its clients/patients to the fullest extent the company’s CEO, Jonathan Broomberg admitted “cost impacts are a growing concern”.

The government on its part, through the Department of Health has threatened to exercise its power to regulate drug prices by applying ‘pharmacoeconomics’. But presently all the chips lie in the drug-makers hands.

PMB Battle Moves to High Court →
← Is Your Medical Aid All it was Cracked Up to Be?
Copyright 2022 Medical Plan Advice