Recently there was a Discovery Health Summit held in Johannesburg, South Africa. Delegates at the Summit heard that the cost of medicine for chronic diseases was too high. This was threatening the sustainability of South Africa’s medical aid industry. Delegates heard that medical aid costs were rising rapidly. And that unless something happened very soon, it would spell disaster for medical aid members. It would simply put health care beyond their reach. 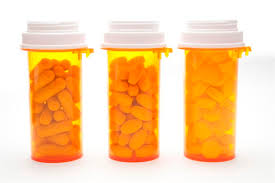 Today, many developing countries just cannot afford the cost of medicine that worldwide pharmaceutical companies are setting for new drugs. These drugs are for serious illnesses such as diabetes, hypertension and cancer, etc. For instance, Sovaldi, manufactured by Gilead, and used for treating Hepatitis C, has caused heated arguments globally because of its hefty price tag. And this for a mere 12-week course of treatment. With diseases like cancer, by 2018, approximate monies spent on oncology medicines will reach the $100bn mark.

Top health companies in South Africa such as Discovery Health are very concerned about what the impact of these very expensive oncology drugs will have on the medical aid schemes of South Africa. It raises the question asked by Discovery Health CEO, Jonathan Broomberg,  how a medical will aid scheme will be able to afford such products that cost between R1m and R2m for one patient in a year. This is taking into account premiums where the average paid per year is currently anything between  R30,000 to R40,000.

In 2004 the South African Government introduced their single-exit-price list in order to regulate the price increases in the private healthcare sector for all medications. The new single-exit-price lists brought the cost of medicine down, but the matter needed new ideas.  This means that plans are continuously underway to try and introduce a global method of benchmarking. This came from Gavin Steel, chief director for sector-wide procurement at the Department of Health. He noted that there would be a government gazette notification out in just a few weeks. He  further added that it would have a similar outcome like that of the single-exit-price list on any new drugs  – a limited impact.

The health industry of South Africa has to work alongside government as well as the drug manufacturers. They must heed the fact that South Africa’s drug prices are in keeping with the country’s economic levels.

Dr Broomberg was of the opinion that government should assist the medical aid schemes so they could receive discounts from pharmaceutical companies for medicines that were too  expensive. He added that Discovery has been drawing attention to this for many years already.

South Africa needed to think about introducing an arrangement of risk-sharing which is a global trend. However it was of the opinion that before  introducing arrangements such as risk-sharing, South Africa needed to investigate pharma-economic evaluations. These are sub-categories of health economics where costs between different therapies or pharmaceutical drugs are compared against others.