Do you suffer from SEID?

It’s difficult enough to come to terms with an illness that your general practitioner (GP) cannot diagnose. But it is worse when you are suffering from something that nobody can explain. And it can be frustrating for you and heartbreaking for those you live with. SEID – officially Systemic Exertion Intolerance Disease – is one of those illnesses. What makes it even worse is that its name is completely new.

Where Did SEID Come From? 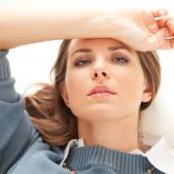 Originally dubbed yuppie flu when it was first identified in the 1980s, SEID has been known as ME/CFS for decades. But even this is confusing since myalgic encephalomyelitis (ME) and chronic fatigue syndrome (CFS) are terms that most people maintain are two separate diseases, even though the most common symptoms are similar.

What makes the whole situation even more confusing is that there are different sets of criteria that medical people use (and have used historically) to identify and diagnose MEand CFS.

In February 2015 the US Institute of Medicine (IOM) released a report on ME/CFM, recommending that name of the the disease should be SEID.

The debate has been going on for so long, the people with ME and/or CFS (or officially ME/CFS) have largely given up in terms of definitions. What they want is for an already accepted “research and clinical case definition” for ME and CFS that was developed in Canada (the Canadian Consensus Criteria (CCC), to be adopted universally – and then developed further. Many are relatively happy to keep the old names.

As Robin Funk, a member of MEAdvocacy.org said this week that the new name, Systemic Exertion Intolerance Disease was also causing controversy. “It still does not adequately convey the seriousness of the disease, again connoting that we are just lazy.”

SEID is a Mystery Disease

ME/CFS or SEIDis a mysterious disease that has never ever had an accurate diagnosis … and therefore never had effective treatment linked to it.

The United States Centers for Disease Control and Prevention (CDC) has verified over and over again that there is no known cause for CFS or for the similar disease referred to as myalgic encephalomyelitis (ME). Since SEID is just a new name, there will definitely be no difference here either. Nevertheless  doctors frequently diagnose frequently.

Let’s talk about SEID symptoms. Typically SEID causes extreme tiredness (not just normal fatigue) that doesn’t improve after rest or sleep. This symptom may worsen if the patient does any form of physical or mental activity. Exercise is not recommended, as specialists with experience of treating patients with SEID realize.

Ironically one of the other most common symptoms is not being able to sleep.

The reason the disease’s original name was  yuppie flu is because the condition commonly starts with symptoms that are very similar to those we experience when we have flu. Often these start after some other viral illness.

So if you have a combination of these symptoms, there is a possibility that you have SEID.

But there is another problem, and that is the lack of empathy and knowledge on the part of many doctors internationally. This often results in diagnoses of psychological issues rather than a physical disease.

Furthermore, for decades ME/CFS patients have said that they had to see many doctors before someone correctly diagnosed the condition. Confirming this, research indicates that 60 percent or more patients wait more than a year for a positive diagnosis.

While the IOM has now developed new criteria for diagnosis, patients and medical critics say that they are unlikely to make it any easier for anyone to know whether in fact they have the disease or not. The best solution is to find a doctor with experience treating ME/CFS patients. Or ask your medical aid for details.