Medical schemes under pressure in South Africa are increasing. By 2014, only about a third of medical schemes in the country achieved a surplus in their operating costs. 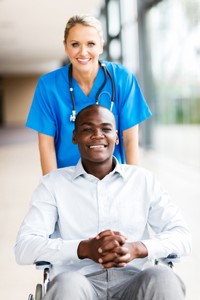 Medical Schemes Under Pressure and the Problems They Face

Apart from settling an ever increasing number of claims for medical events, the firms have to rely on monthly fees and returns from investments as their only form of income.

Legal controls enforce medical schemes to maintain cash reserves at 25% of their total income from members fees. There are also other strict rules which govern the manner in which their money is invested.

These controls are now being re-looked at by the Council for Medical Schemes.

Medical inflation outstrips the Consumer Price Index (CPI) by up to 5%, and the reason for this include:

Medical scheme membership figures reflect a slow growth rate. The reason being that private medical aid is out of reach for most South Africans.

This is a trend that is unlikely to show any notable change in the foreseeable future. More members, on the other hand, are downgrading their medical insurance and placing, even more, financial pressure on health care firms.

Private hospitals are the main reason for spiralling costs. Other factors include:

An industry spokesman said there may be a financial relationship (unproven) between doctors and private hospitals, and it was a growing concern.

He also said that when a new hospital opened in an area which already had existing hospitals, there appeared to be an increase in hospital admissions.

He cited the Western Cape as an example, saying that when four new hospitals opened over a 12 month period, the hospital admission rate for the region increased by 3 percent.