If you undergo emergency treatment, your medical aid should cover the total cost arising from emergencies.

However, in the real world things don’t often work out this way. That’s because it can cost a considerable amount to diagnose a patient’s condition in an emergency.

While the Medical Schemes Act obliges medical schemes to cover, the medical costs associated with a medical emergency, which is one of the 26 Prescribed Minimum Benefits (PMBs) that medical schemes supply, in reality the medical aids often do not pay what they should.

If you land up in hospital, your costs will generally have cover. However, if your condition turns out to be less serious then you might find yourself under serious financial strain.

This is because emergency room fees and diagnostic tests could amount to thousands of rands. And these, your medical aid might insist, should come from your day-to-day benefits. This would be your medical savings account, for instance.

An Example of How a Medical Aid Can Treat Emergencies

Take for instance Mrs S, an elderly woman in Durban, who felt a pain in her chest. The nursing sister in the retirement village where Mrs S lived immediately called an ambulance. Mrs S was taken to an emergency room at a private hospital. The medical staff conducted tests on her and summoned a cardiologist. She conducted an ultrasound scan and fitted a device to track her pulse for three days. That meant three days in hospital.

Eventually, the cardiologist found that her heart was perfectly healthy. 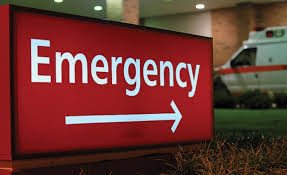 A few days after she was discharged, Mrs S began to receive medical bills – about R1 000 for the emergency room, R500 for the pathologist and a hefty R3 000 for the cardiologist. Mrs S phoned her medical aid, who told her that they would pay nothing at all from their risk fund. Her medical savings would have to pay for it. This meant that she had nothing left in the savings account for the rest of the year and the outstanding amount (the savings account did not cover the full amount) would have to come out of her pocket.

There have been several similar instances over the years in South Africa and these cases have ended up in arbitration with the Council for Medical Schemes. Usually the outcome has been in favour of the medical schemes, simply because the medical aid member was not familiar with the conditions and the small print associated with his or her medical scheme option.

How to Treat Medical Aids and Emergencies

So what should you do? You should make sure that your medical aid has casualty cover. Ask your medical scheme or insurance broker to ensure that you would have cover in an instance such as this.

For example, Liberty Medical Scheme includes a casualty benefit on most of its options. This means that the kind of expenses as those occurring above – such as ambulance, facility, specialist consultations, CT scans, x-rays, medications, radiation and pathology – would NOT be paid out of a medical savings account.

Also, if at all possible, you should contact your medical aid as soon as you are in casualty so that they can monitor the situation.