You’re paying huge premiums to your medical scheme every month, so when you do legitimately claim, it is preposterous having the scheme not pay or only partially pay. And it causes trauma.

Time and time again we hear stories of people who belong to one of the leading medical aids. Then they have an emergency, and they must then pay upfront for the treatment. This is after knowing that all schemes must, by law, cover these medical emergencies in full.

Medical Aid Trauma – Joan Green gets the Better of Discovery

Look at the Greens as an example. Joan Green took her 73 old husband to the emergency room for which he received treatment. In spite of paying  monthly premium, they received a bill of R9,200 because their scheme, Discovery Heath, had rejected the payment.

Activist of healthcare consumer rights, Angela Drescher suggested they resubmit the claim which was 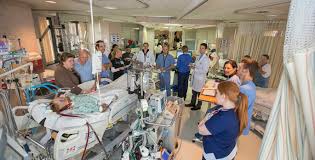 The medical schemes are clever to now say that what is an emergency to some isn’t an emergency for others. Regulations state that an emergency is the sudden onset of a condition that requires treatment. If the person didn’t receive that treatment, their life would be in jeopardy.

Medical Aid Trauma – Not a PMB? You must Pay

If for instance the emergency room doesn’t admit you to hospital because your ‘emergency’ turned out to not be one, and your condition is not one of the Prescribed Minimum Benefits or PMBs, you will have to pay the bills yourself.

Insurance company experts are saying that medical schemes aren’t paying many emergency claims. They say that some of the worst offenders are Discovery Health-administered schemes such as Bankmed and Quantam Medical Aid. Medishield Medical Aid was also a culprit.

Discovery has failed to pay more than 60% of what it should have in claims for emergencies. Discovery says in the Member Guide of 2018 that if your treatment doesn’t meet their criteria for what they describe as an emergency, they will only pay up to 80% of the Discovery Health Rate. The member will have to pay the  difference between what the medical aid pays and the actual cost of treatment.

Medical Aid Trauma – Covered or Not?

With each medical aid there are medical treatments and services for which there is no full cover. This is  regardless of the member’s benefit plan, under Prescribed Minimum Benefits.

In an emergency, it isn’t always possible to diagnose the condition before admitting the patient. Your medical scheme may request a confirmed diagnosis within a reasonable period of time. You’re usually covered from your day-to-day benefits if you’re treated at casualty and not admitted to hospital. This is because the condition isn’t seen as an emergency. Then a co-payment may apply.

Understand the Emergency Details of your Selected Medical Aid Plan

Having a so-called emergency and not having your medical aid pay for it, can be traumatic in itself.

This is precisely why it is so important for you to understand the details of the benefit schedule of the medical scheme and plan you have chosen Yes, all schemes have to pay for any emergency – if the condition is a PMB.

Have You Heard of Medical Co-Payment Before? →
← Doctor Guilty on 259 Counts of Medical aid Fraud
Copyright 2022 Medical Plan Advice