The Free Market Foundation is an independent public benefit organisation. It started in 1975 and fosters the rule of law, liberty for all and an open society.

It seems as though the NHI isn’t about liberty for all. The Free Market Foundation director, Temba A Nolutshungu has attacked the instigator of the the National Health Insurance. He says the NHI is going to have disastrous consequences.

The entire South African healthcare system is to be overhauled with the introduction of 2 new bills – the National Health Insurance (NHI) Bill and the Medical Schemes Amendment Bill. These bills are open for public comment for a few months.

Can ANYTHING From Motsoaledi really Work? 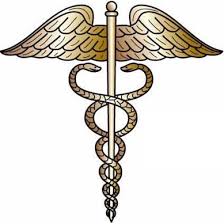 The director of FMF has said he can’t understand how the minister of health can come up with such a disastrous healthcare policy, especially when events such as the Esidimeni tragedy have happened under the watch of the health minister, Aaron Motsoaledi.

Does he think that anything good can come out of it? Nolutshungu said that ideally private healthcare providers in the private sector should remain as they are. He said that the government should be purchasing healthcare for those people who can’t afford it. Nolutshungu also reminded government of the failures in socialist countries where healthcare was nationalised.

There’s a Question Mark over the NHI

The proposed legislation of the the National Health Insurance is going to lead to the nationalisation of health services. That would happen if doctors had to contract to the NHI. We spoke to a consultant in the health market industry, Michael Settas. He aknowledges that universal health cover is a high ideal. But there is a question mark over the NHI as South Africa’s spending on healthcare is already high.

The Free Market Foundation held a media briefing in Sandton regarding key documents set to shake up the healthcare industry – the NHI Bill, the Medical Schemes Amendment Bill and the Health Market Inquiry preliminary report.

Settas said the government should reassess the NHI and the Medical Schemes Amendment Bill for their financial impacts. He said that the final legislation could differ quite drastically from the proposals in the documents.

A Huge Exodus of Doctors Anticipated

Settas also warned that making medical experts contract to the NHI could see them leaving to settle in other countries. At a media briefing held on 15 August at the Free Market Foundation, Settas said that the NHI is unaffordable.

The NHI can’t work and it will destroy the private healthcare sector. Settas questioned the timing of the NHI Bill ahead of the 2019 elections as well as the absence of information on the funding of the NHI. In fact other important details of the NHI were also missing such as how the public sector will improve quality of care and what the NHI benefit package will contain.

Member of the FMF, Dr Johann Serfontein, also warned that the recommendation that market share for private hospital groups be capped at 20% could face legal challenges. He said that a mistaken idea was out there justifying the need for NHI is that the public sector subsidises the private health sector.

Of course there are parts of the NHI Bill that are good – allowing people to access health care benefits from accredited providers at no cost. This at least will make it that no one needs to go without treatment because of lack of funds.

New Report gives you 102 reasons why you should be worried about the NHI →
← Yes, Cheap Health Insurance is Obtainable in South Africa
Copyright 2021 Medical Plan Advice