A former school teacher who describes himself as an ANC activist of the party’s Montana branch in Pretoria North is the acting as registrar of the Council for Medical Schemes.

The Council is the statutory body responsible for overseeing the multi-billion rand medical scheme industry in South Africa.

Daniel Lehutjo, who has a B Comm degree from University of the North and an MBA from the University of Pretoria, was the chief financial officer of the CMS between 2006- 2008, following a four-year career at the Council. He was quietly made acting registrar in March. 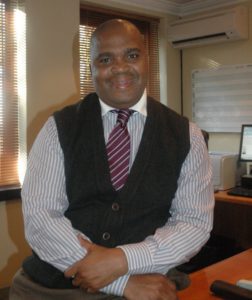 Lehutjo’s first job was teaching accounting at Thagaetala High Shcool from 1988 to 1989.
The former registrar, Dr. Monwabisi Gantsho, was suspended early this year pending a forensic investigation by legal firm ENS into his business activities.

Gantsho stands accused of bribery and corruption. He also had run-ins with the SA Revenue Services for unpaid taxes.

CMS staff described Lehutjo as fair and respected, and Prof. Yusuf Veriava, chairman of the CMS council, said the CMS was “in good hands”.

“Whilst the investigation into allegations of corruption against the Chief Executive and Registrar, Dr Monwabisi Gantsho, is continuing, we would like to assure all stakeholders that it is business as usual.

Dr Elsabé Conradie, spokesperson of the CMS, added, “We at CMS are committed to ensuring a healthy medical
scheme industry where medical schemes and other regulated entities are properly governed, are responsive to the environment, and its beneficiaries are informed and protected,”

Dr Gantsho was placed on suspension by the Minister of Health, Dr Aaron Motsoaledi following allegations by Mr
Themba Langa, former curator of Medshield Medical Scheme which were widely publicised in the media.

“At this stage it is not clear when the investigation will be completed, however, in seeking the truth we must allow investigators time so that they leave no stone unturned,” said Conradie.