An expert has urged South Africans to focus on exercise and healthy lifestyles, especially in their 20s and 30s. Exercising prevents hypertension and its associated risks such as strokes and dementia later in life.

Graham Anderson, CEO and Principal Officer of Profmed, says that sustained hypertension (high blood pressure) during one’s 20s and 30s is dangerous. The effects of the condition do compound over a longer period.

“The good news, however, is that early detection and lifestyle changes can usually reverse high blood pressure swiftly and efficiently. Even moderate exercise, such as daily walks, in conjunction with healthy diets, can have a significant impact on lowering your blood pressure,” Anderson says. “Not smoking and drinking alcohol in moderation can also help.” 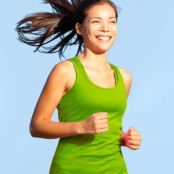 The long-term force against your blood vessels, caused by hypertension, can eventually cause health problems. These include heart disease, strokes and vascular dementia.

In July 2016, a study published in The Lancet medical journal confirmed that hypertension is the biggest risk factor for strokes. The study found that participants could avoid 90% of strokes by eliminating each of the top 10 risk factors. These include hypertension, obesity and smoking.

Another study by The George Institute for Global Health in May 2016 found patients with hypertension aged between 30 to 50 had a 62% risk of vascular dementia.

“These studies indicate the need to raise awareness of the cause of hypertension and how best to avoid it. Many people in South Africa may not fully understand how dangerous it can be,” Anderson says. He urged the public to have their blood pressure tested annually to ensure early detection of hypertension.

Hypertension is the Silent Killer

High blood pressure is a common condition. Doctors call it the ‘silent killer’ because the symptoms (headaches, nausea and sleepiness) may not all occur at once. And they link to other conditions. The lack of symptoms, according to Anderson, may be why high blood pressure is not adequately detected and managed appropriately in South Africa.

“Hypertension is a Prescribed Minimum Benefit. Therefore your medical scheme covered the treatment in full. It is crucial to adhere to the treatment plan as prescribed by your doctor to ensure the efficacy of the treatment,” concludes Anderson.