The two men who head two of South Africa’s most prestigious medical aid schemes are at each other’s throats.
And, wouldn’t you know it, the argument is about size.

And executive Brian Watson of medium-sized Genesis Medical Scheme, counters by saying that size doesn’t matter at all.

It all started when Broomberg said in a radio interview that that in 2012, “Discovery’s largest 100 claims would have wiped out Genesis Medical Scheme”. 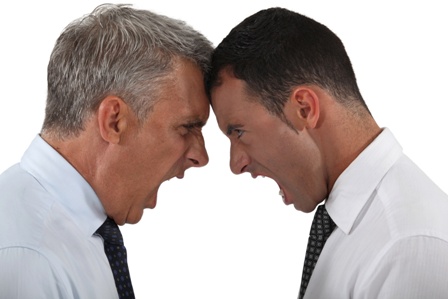 back up who pointed out, correctly, that what matters about a medical aid is its ability to pay its members’ claims. So what matters is the solvency ratio of the scheme.

The solvency ratio refers to the funds held back to cover possible claims. By law at least 25% of all medical scheme contributions must be held in reserve.

Watson is saying that you have to compare apples with apples.

“At the end of 2012 Genesis had about R257 million in reserves,” said Watson. “With around 20 000 lives insured, this works out to R12 692 per person in reserve for claims payments. This is a lot higher than the average in reserves for ALL the open schemes in South Africa, which is just R4 192 per beneficiary.”

Broomberg says that the sheer size of a medical scheme is more important than the amount in reserve per member – but Watson says this is nonsense, statistically speaking.

“For Discovery’s top 100 claims to wipe out Genesis, each claim would have had to be about R2,56 million. However, 100 lives insured at Genesis comprise 0.05% of lives assured by Genesis. But if 0,05% of lives insured by Discovery put in claims to Discovery, the total would come to over R31 billion, which is nearly four times the size of its reserves.

“There can be no debate around a mathematical certainty”, adds Watson, pointing out also that a study conducted by Towers Watson, an actuarial firm, shows these is no correlation between an incidence of high hospital claims and the size of a medical aid scheme. So the chances that Genesis could register claims of R256 million in a single year is the same as the chances that Discovery could receive claims for R31 billion.

Watson is not finished.

He says: “Based on this study, in an extremely bad year for Genesis, which could happen once a century or so, there might be large claims amounting to R11 million, or only 4% of the scheme’s reserves.

Watson also quotes the Council for Medical Scheme’s Circular 4 of 2013, which  stated that there is no proven benefit for members who belong to big medical schemes in terms of lower costs as a result of economies of scale.

Concludes Watson: “Bigger is completely irrelevant when measuring the sustainability and the ability of any medical scheme to pay claims, as the numbers show.  The reality is that the access to affordable health care is an essential many South Africans cannot live without.

“However, when membership cost increases are in excess of the CPI, it tends to create affordability challenges for members. By concentrating on value and sustainability rather than obsessing about the size of the medical scheme, South Africans can comfortably afford excellent quality health care and be assured that their claims will be covered.”

And this begs the question: If what Watson says is right, how come the reserves are so extremely large in comparison to the likelihood of the schemes having to use them? Wouldn’t this money be more useful in the pockets of the beneficiaries who have to pay contributions?

But that’s another fight for another day.