HIV is the Human Immunodeficiency Virus and it’s one of the world’s most deadly diseases. HIV causes a condition called AIDS – Acquired Immunodeficiency Syndrome. That is where the expression HIV and Aids comes from. 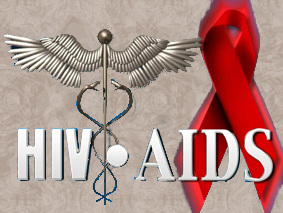 AIDS is a pandemic disease as it is spread throughout the world and affects a large portion of the global population.

Nearly 30 million people have died worldwide since the first case of AIDS 32 years ago. Currently there are more than 34 million people on the planet who have HIV or AIDS.

South Africa has the unfortunate label of having the largest population of people living with HIV or AIDS. That is because there are around 5.6 million people who have the infection.

FACTORS LEADING TO HIV AND AIDS

There are many factors which contribute to the spread of HIV including poverty, inequality and sexual violence.

HOW AIDS INVADES THE BODY

HIV invades your CD4 cells, which are the body’s defence cells that fight off infection. HIV uses these cells to make additional copies of itself and in the process it destroys the CD4 cells. This leaves a person’s immune system weakened and it makes them susceptible to life-threatening infections like tuberculosis.

There is still a great amount of uncertainty about HIV.  Scientists still don’t know why the human body cannot get rid of HIV as other viruses. Over time HIV destroys so many of your CD4 cells that your body can no longer fight the infection. This then leads to AIDS.

HIV spreads from one infected person to another in various ways. These are mainly unprotected sex, hypodermic needles and blood transfusions that have been contaminated. An infected mother can transmit the disease to her child during childbirth or from breast milk.

No one should be complacent about HIV or AIDS. And while there is no cure for the disease there is medication that can slow down its progress. For this reason it’s essential that HIV be detected early so that the person can begin taking anti retro-viral drugs and medication that boosts the immune system. A combination of these drugs and healthy lifestyle choices, with adequate nutrition, can help people infected with HIV to prolong their lives by delaying the onset of Aids.

STIGMA ABOUT AIDS AND HIV

Unfortunately the stigma around the disease means that many people avoid going for an HIV test and if they are positive then their actions delay their treatment. But South Africa has made many positive changes to their HIV and AIDS policies and the number of infected people who now have access to anti retro-viral treatment has dramatically increased.

Aid for AIDS is the first HIV disease management programme of its kind in the country that works in conjunction with local medical schemes. It offers its members and beneficiaries medicines that treat HIV, regular monitoring of the progress of their disease, monitoring the side effects of medication, treatment to prevent infections like flu and TB, hospitalisation and patient support through counselling.

This confidential programme is used by many of South Africa’s prominent medical schemes like Discovery Health, Liberty Medical Scheme,Bonitas and Medshield.