When sick is not really sick

There are many reasons why you should not defraud your medical aid. Chief among them is that it is against the law.

State capture and its devastating effect on our economy may, rightfully, be one of the key topics of our times. But another beast is emerging more and more from the once murky shadows: the nefarious, not to say highly counter-productive practice of defrauding medical aids.

Indeed, it is estimated that the economy loses a massive R55.2billion annually to sick leave, according to Adcorp Holdings’ employment index.  While the majority of this figure may well be attributable to real sick leave, it does raise serious concerns around fraudulent claims in the medical field.

It also holds a number of major disadvantages for scheme members, key among them the fact that fraud pushes medical aid fees higher and higher. At the end of the day, pretending one is sick makes everyone a loser.

A key note about pretending you are sick

Medical aid schemes work out the benefits for each option offered and have these options priced by an actuary, every financial year. Should payment of benefits exceed these calculations, resulting in a loss for an option/scheme, this definitely impacts on the percentage increase of the membership fees for the next year.  So, even if you are not guilty of any abuse, you pay.

A battle of bodies

According to Dr Elsabé Conradie, spokesperson for the Council for Medical Schemes (CMS), medical schemes have mechanisms or investigation units to deal with such criminal issues, including the authority to lay criminal charges 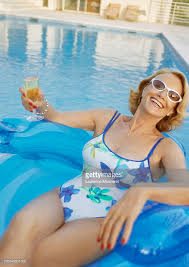 against fraudulent parties, whether they are practitioners or members.

In the eye of the medical fraud storm is Health Professions Council of SA (HPCSA). The body is facing criticism from medical aid schemes who feel that the doctors involved have escaped with slaps on the wrist, which will not act as a deterrent to others contemplating the same crime. Alternative, and more suitable, strategies suggested by schemes include suspension from practice.

They are not alone. The Board of Healthcare Funders (BHF), which represents medical aid schemes, also feels the council is “losing the war” on medical aid fraud.

“We are in discussions with them to involve all the other stakeholders to come up with working strategies,” says BHF spokesperson, LameesScholtz. “This type of crime is very difficult to investigate. Even if fraudsters get charged, their fines are definitely not a deterrent”.

Case studies, confirming this disturbing state of affairs, bound. In June, the council found at least five Durban doctors guilty of fraud. One of the doctors faced 26 counts and was fined R70 000, with R50 000 suspended for five years, resulting in an effective fine of R20 000. The doctor had charged a medical aid for services not rendered between 2012 and 2013, causing it financial prejudice.

Another doctor made four claims from medical aids for medication which was not dispensed. The accounts or statements were incorrectly drafted, resulting in financial losses for the medical aid schemes. The council fined him R40 000, with R20 000 suspended for three years.

Why two medical aids is a no-no

KeyHealth, meanwhile, points out that there are also other forms of fraud that medical aids have to deal with.

For example, anyone familiar with the way in which medical aids operate will easily realise the possible advantages that might be gained if you have managed to enrol yourself in two schemes.

For a start, in the event that the benefits offered under the first scheme should be become exhausted, then it would be of immense value to be able to simply submit any additional claims that might arise subsequently, to the second insurer.

However, as valuable as this option may appear, if you should attempt to do so – under the terms of section 28 of the Medical Schemes Act which applies to the industry in South Africa – you would be deemed guilty of fraud and at risk of criminal prosecution.

However, KeyHealth points out that members often have no deliberate intention of defrauding a scheme.  An example of unintentional fraud would be where one individual overlooks their legal obligation to cancel their dependent membership of their spouse’s scheme once they belong to their own.

Another reason for a consumer to consider having membership to two medical schemes may be to ensure maximum cover, although the situation could be addressed by purchasing gap cover or payment protection insurance.

When doctors do bad

But back to the more blatant form of medical aid fraud. Essentially, this manifests in two ways: bogus doctors in practice and bogus medical certificates, issued to rob employers by keeping an employee away from work while earning a salary.

According to Ezra Ndwandwe of Dual Point Consulting, the phenomenon of suspiciously qualified or unqualified doctors, opening practices in some townships and attracting unsuspecting patients, has become a concerning norm.

He points out that, just recently, a bogus doctor was caught and arrested at his Mpumalanga surgery in front of patients, some of whom he had prescribed highly regulated schedule 4+ drugs.

“These bogus doctors – and even dentists and specialists – are found, not only in township surgeries, but also in hospitals. Although one may argue that the responsibility rests with the patient to ensure that they visit qualified doctors, it is difficult to check the credentials of the doctor before a consultation,” says Ndwandwe.

Up to now, what our medical field seems to lack, he says, “is a robust, impenetrable system to vet medical professionals before employing or certifying them as good to practise.

“Issuing a medical certificate to keep an employee away from work without need is fraud and both the doctor and the patient need to be held accountable. Albeit with very little remedial action taken, fraudulent medical certificates have been a problem for years,” he says.

Worse still, Ndwandwe says, if you are sick of work or have a hangover, you can buy an authentic medical certificate on a street corner. “At a tavern in the North West, you can buy a drink and a sick note at the same time. Depending on how long you wish to stay away from work, it will cost anything between R60 to R200, without even visiting the doctor’s rooms,” he says.

“I am afraid it is not only the members, but also service providers (who are at fault). Cases have also been reported of employees at medical schemes assisting providers/members with fraudulent activities. Syndicates pay members a fee for referral of another member/colleague to a provider who will then claim for services not rendered,’ he says.

Medical schemes go to a lot of trouble to counter medical aid fraud, identifying trends and implementing measures to curtail the practice.

Whistle blowers’ allegations are also used to initiate investigations, and not only will a single incident be investigated in isolation, but a profile investigation of the member/provider will follow. An investigator/team must have the necessary experience/qualification to identify and successfully investigate cases. In this regard, and in the light of their concern about victimisation, it is important to note that whistleblowers’ information, and their identities, will be handled with the utmost confidentiality.

Discrepancies are then investigated by obtaining the accounts, other records that should substantiate the type of service rendered, interviews and affidavits.

From the frying pan into the fire

The current financial environment, where people lose their income and cannot cope with all expenses, definitely impacts on medical aid fraud as this is seen as an easy way to obtain an extra income, or at least to ensure that your family has food every day.

The consequences, however, can be dire – from disqualification from membership and refunding of benefits to criminal prosecution in cases of fraud exceeding R100 000.

KeyHealth has identified one service provider who allegedly pays out cash in return for a membership card, but the members forgot the reason for consulting this provider. The diagnosis thus claimed for, completely differed from the reason for the consultation.

At KeyHealth, we put the interests of all our members first. In doing so, we are at the coalface of the fight to combat medical aid fraud. At the end of the day, to cheat a medical aid, is to cheat yourself. So, let us stand together in the quest for zero tolerance towards medical aid fraud.